Difference between Probiotics and Pathogenic Bacteria

Probiotics are a concoction of microorganisms that also includes bacteria. These probiotics contain live bacteria of beneficial nature. They play a vital role in maintaining gut health. They also have other advantages, such as improving immunity, reducing weight, aiding in digestion, etc. In general, they take care of gastrointestinal tract disorders.

Probiotics are generally safe for human consumption. Yoghurts are the most common form of probiotic used by humans.

Some pathogenic bacteria can invade the skin surface and mucus, while other advanced ones invade our internal bloodstream.

Differences between Probiotic and Pathogenic Bacteria

What is meant by the pathogenicity of bacteria?

Pathogenicity is the capacity to deliver illness in a host creature. Microorganisms express their pathogenicity through various means. They attack the host cell by releasing toxins or directly damaging the cells.

Probiotics are live strains of microscopic organisms that also include bacteria. They take care of human gut health. In contrast, prebiotics help in the stimulation of healthy gut bacteria. Prebiotics are generally plant-based sources that are considered as food for beneficial microorganisms.

Probiotics are composed of many beneficial bacteria. They help in maintaining our immune system. Thus, it leads to a healthy body that can fight off harmful bacteria. A few probiotic bacteria can also secrete bacteriocins (antibacterial peptides) that harm other microbes.

Is yeast a probiotic?

Yeast also functions as a probiotic. They help maintain the gastrointestinal tract. For example, Saccharomyces boulardii is a probiotic. 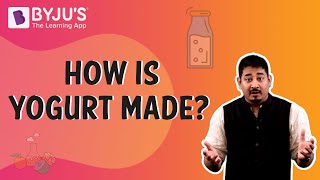