The Endomembrane system is a membranous component of the eukaryotic cell. The cytoplasm of the cell contains a system of membranous organelles that are suspended in it. The organelles are termed as a system even though they have different structures and functions as they are essential to the working of the cell. All these organelles work in coordination and they include the cell membrane, vacuoles, the nuclear membrane, lysosomes, Golgi complex, vesicles and the endoplasmic reticulum (ER). 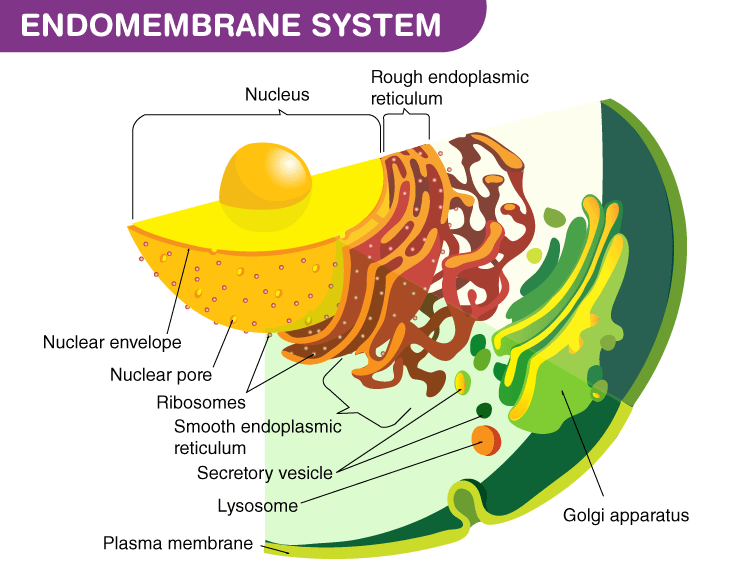 Components of the Endomembrane System

Here is the list of few components of the Endomembrane system which play a vital role.

To learn more about the enigmatic endomembrane system, visit BYJU’S.