The foot is situated at the distal part of the lower limb. It is one structure that has undergone several evolutionary changes. The foot of humans has changed from grasping to a supporting structure. It supports the whole body weight while standing and also plays a vital role in locomotion. Let’s learn more about the structure of the foot with a well-labelled diagram. 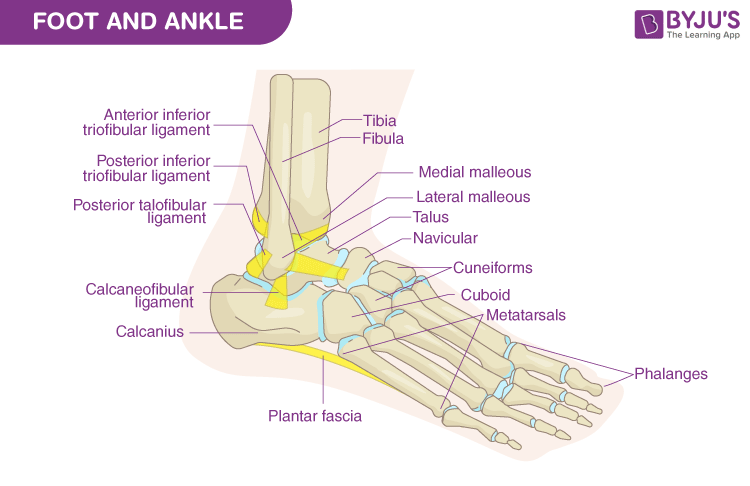 The foot structure has 26 bones and many muscles, tendons, nerves and blood vessels. The arches of the foot are formed by the metatarsal and tarsal bones and are strengthened by the tendons and ligaments. It helps to support the whole weight and balance the entire body. Also, the foot is the major locomotor part that also acts as a shock absorber.