Habitats at high altitudes are dangerous and inhospitable than other land or terrestrial habitats at lower altitudes. The living organisms in the mountains have to face scarcity of oxygen, food and water. The weather is very harsh due to the low temperature. As the soil is inconsistent, vegetation is sparse and the land is almost barren.

Mountain animals and plants have evolved to adapt to the extreme conditions of the mountains. They have certain characteristic features that help them to survive such low temperatures refers to any ecosystem found in mountains. The life on mountains varies from continent to continent.

Mountains are the areas much above the sea level i.e. around 600 m (1970 ft). The Scientific explanation for the formation of mountains is usually the movement of tectonic plates. When these plates strike each other, the parts of land involved in the process rise above to form a mountain. Atmospheric conditions of mountains are the toughest. As the altitude increases, the pressure and temperature decreases. Despite these circumstances, it is home to many species. A mountain has different zones which range from deciduous woodlands, coniferous forests to bare rock.

Mountains cover around a quarter of the world’s land area and comprise a large portion of global biodiversity as well as cultural diversity. Mountains provide widespread, different types of habitats in which a large range of plants and animals can be found.

An ecosystem found in mountain regions is referred to as Montane ecosystems. As discussed, the biodiversity are strongly affected by climate. Trees are tall and thin, but they grow beyond timberline due to climatic conditions. Small grasses and a few perennials that can withstand this climate can be found beyond 3000 feet at rock zones and snow zones.  Moreover, these terrains are safer and protected by humans. 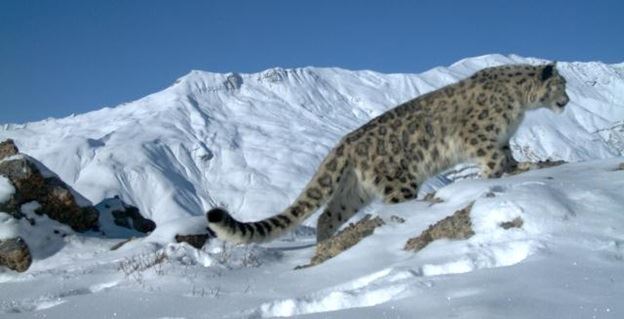 Adaptation is essential for survival. Living organisms adapt to necessities like food, water, air, space, physical factors such as temperature and light, etc.

Listed below are a few facts about the Montane ecosystem.

Some of the large mountain animals migrate to different places.  For eg., the bighorn sheep which feed on alpine tundra foliage during summers move downwards to avoid deep snow in late fall.

Mountain animals have thick fur and wool to protect themselves from extreme cold, and fast hooves that help them to climb the slopes of the hills. Chamois, ibex, snow leopard, tahr, giant horn sheep are few mountain animals.

Yaks have large lungs and heart which assist them to compensate for the scarcity of oxygen in high altitudes.

Birds like the golden eagles are well-adapted to this environment and it serves as the best place for breeding and feeding.

Here is a list of a few animals and their habitat of Montane ecosystems.  :

Also Read: Organisms and the surroundings they live in

Which animals are found in the mountain ecosystem?

Which animals can tolerate severe cold?

The giant musk ox can tolerate severe cold. It has fur all over the body that helps them to withstand exposure to extremely cold temperatures.

Which animals can survive the highest altitudes?

The animals can survive in very high altitudes include- yak, ibex, Tibetan gazelle of Himalayas, and vicunas llamas of Andes.

What are the mountains?

A mountain is a large landform that rises above the surrounding land in a limited area, usually in the form of a peak. It is generally steeper than a hill. These are formed by volcanism or tectonic movements.