Columba livia or rock pigeons are common domestic birds that have adapted for an aerial mode of life. Let’s look at the description of a pigeon with a well-labelled diagram. 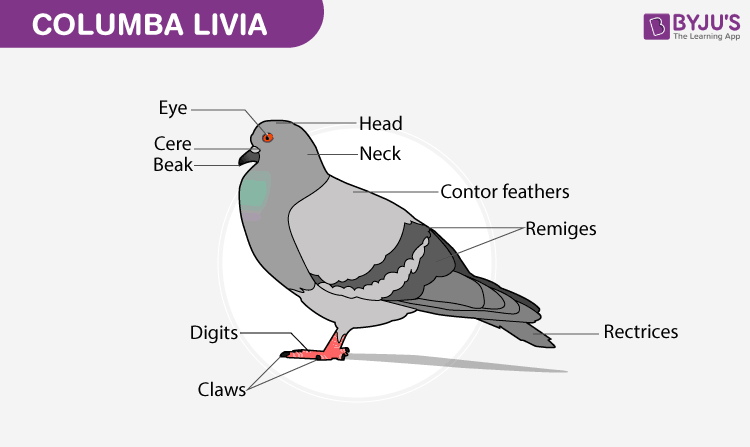 Pigeons are found everywhere except for the driest places like Antarctica and the high Arctic. Also, they are largely distributed in the Europe, Asia and Northern Africa regions. They can nest in any place like rock cliffs, buildings, open shrubs, etc.

What are feral pigeons?

Feral pigeons or city doves are domestic pigeons that are adapted to urban life and are mostly found in cities and towns. They are usually considered as nuisances due to their large amounts of excrement and they can also occasionally be disease vectors.

What are some uses of a pigeon?

Rock pigeons are commonly domesticated as pets and can also be used for sporting. In earlier days, they were used as post carriers or messengers. They also serve as food. Sometimes they are also used as laboratory animals for experiments.