According to the plant taxonomists, it has been estimated that a total of 2 to 3 million plant species exists on our planet. Among them, around two lakh species are angiosperms (flowering plants), while others include gymnosperms, bryophytes, hydrophytes and other vascular and non-vascular plants. These plants are grouped into different families depending upon their characteristics.

Read on to explore the Solanaceae, Fabaceae, and Liliaceae families of flowering plants, their characteristics and importance in complete detail.

Solanaceae family is also known as the potato family. Around 2000 species of dicotyledonous plants belong to this family. Solanaceae is included under order Solanales. Its important characteristics are mentioned below. 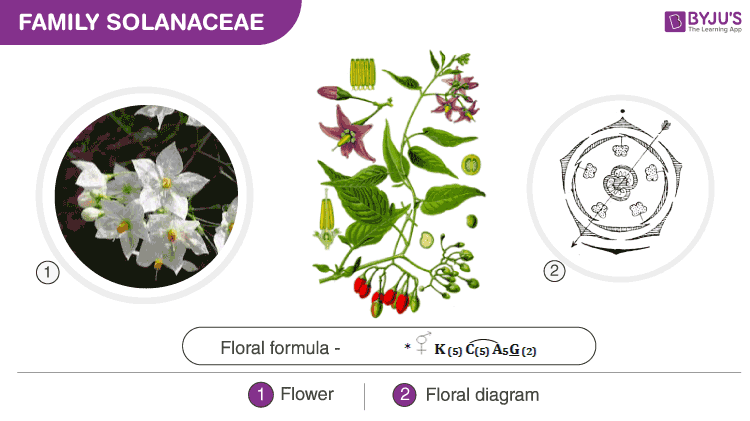 Following are the characteristic features of the Solanaceae family:

The economic importance of some plants belonging to the Solanaceae family are as follows:

The Fabaceae family is a large family of the plant kingdom, including several economically important plants. The family Fabaceae is also known as Leguminosae or Papilionaceae since it belongs to the pea or legume family. There are around 20,000 species of dicotyledonous Fabaceae plants widely distributed all over the world. Listed below are the morphological and floral characteristics of the Fabaceae family.

Many plants belonging to this family are economically useful. Few of them are listed below:

Liliaceae is the family of around 2500 species of perennial, herbaceous monocots. It is also known as the ‘lily family’. Its characteristics are discussed below. 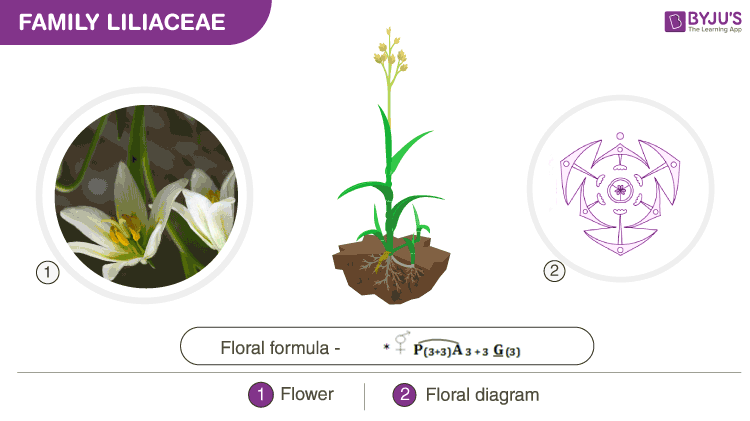 Following are the important characteristics of the Liliaceae family.

The economic importance of the plants belonging to the Liliaceae family are: Which plant is a member of the Solanaceae family?

Solanaceae family includes a number of ornamental plants such as Petunia, Lycianthes, Browallia, and other plants such as Atropa belladonna, Mandragora, and Datura.

Which vegetables fall under the Solanaceae family?

The vegetables under the Solanaceae family include potatoes, eggplant, tomato, capsicum and chilly.

What is the economic importance of the Fabaceae family?

The Fabaceae family include leguminous plants that are important both ecologically and economically. They help to increase the nitrogen content of the soil and is a rich source of protein for humans and livestock.

What kind of plants fall under the Fabaceae family?

Fabaceae plants are commonly known as legumes. They are entomophilous plants, that are pollinated by insects.

Solanaceae is included under order?

Solanaceae, a family of flowering plants are included under the order Solanales. The family comprises close to 98 genera and approximately 2,700 identified species exhibiting immense diversity in morphology, habitats and ecology.
Test your knowledge on Solanaceae Fabaceae Liliaceae
Q5