The nose is the primary organ of smell and functions as an important respiratory organ in the body. Besides this, it is also involved in functions such as tasting.

The air that we breathe is filtered through the nasal hair. The inhaled air is warmed and humidified before it enters the lungs. 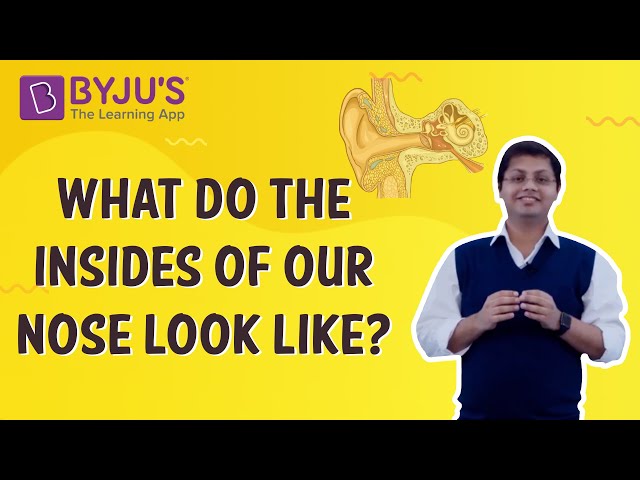 The shape of the nose is due to the bones and cartilage. The nasal septum separates the nostrils and divides the nasal cavity into two.

The structure and function of the nose are mentioned in detail. Read on to explore the anatomy of the nose.

The structure of the nose is explained as follows:

Following are the important functions of the nose:

The process of respiration starts in the nose. The oxygen enters the nose through the nostrils and exits the same way during exhalation. The nasal cavities open into a space called choana, which further opens into the nasopharynx. The air then enters the oropharynx and finally reaches the lungs via the larynx, trachea and bronchi.

The walls of the nasal cavity are covered with hair or cilia that trap the dust and harmful particles and purify the inhaled air. The back and forth movement of cilia helps in moving the dust particles to the throat where they are swallowed or excreted through the nasal cavity.

The nose hair also moisturizes and warms the air, so that it resembles the air temperature and moisture within the lungs. During exhalation, the heat and moisture present in the carbon dioxide is absorbed by the nasal hair and then released into the atmosphere.

The nasal conchae, which are spiral in structure, keep whirling the air for a longer time within the nasal cavity so that it is humidified and purified properly.

While chewing, the food releases certain chemicals that travel up to the nose and activate the olfactory receptors inside the nose. They work in coordination with the taste buds to identify the actual flavour of the food.

To know more about the structure and function of the nose, keep visiting BYJU’S website or download BYJU’S app for further reference.

Test your Knowledge on Structure of Nose!
Q5