In Chapter 3 of Civics, the work of the government at the state level is described. After going through CBSE Notes Class 7 Social Science Civics Chapter 3 – How the State Government Works, you will find the answers to many questions, such as what is the role of a Member of the Legislative Assembly (MLA) and Ministers? How do people express their views or demand action from the government? The chapter also focuses on how the government functions, and discusses ideas of representation, accountability, and public welfare.

Chapter 3 How The State Government Works

Who is an MLA?

Members of the Legislative Assembly (MLAs) are elected by the people. Then they become members of the legislative assembly and also form the government. These MLAs belong to different political parties.

How do people who are MLAs become ministers or chief ministers?

A political party whose MLAs have won more than half the number of constituencies in a state is said to be in a majority. The political party that has the majority is called the ruling party and all other members are called the opposition. After the elections, the MLAs belonging to the ruling party will elect their leader who becomes the chief minister. The chief minister and other ministers have the responsibility of running various government departments or ministries.

A debate in the Legislative Assembly

A Legislative Assembly is a place where all the MLAs, whether from the ruling party or from the opposition meet to discuss various things. Hence, some MLAs have dual responsibilities: one as an MLA and the other as a minister.

MLAs can express their opinions and ask questions related to the issue or give suggestions about what should be done by the government in a debate taking place in the Legislative Assembly. The minister then replies to the questions and tries to assure the Assembly that adequate steps are being taken. The chief minister and other ministers have to take decisions and run the government. However, whatever decisions are being taken have to be approved by the members of the legislative assembly.

Working of the Government

The people in power like the chief minister and the minister take action. They do so through various departments like the Public Works Department, the Agriculture Department, the Health Department, the Education Department and so on. They also have to answer questions that are asked in the Legislative Assembly and convince people asking the questions that proper steps are being taken. At the same time, newspapers and the media widely discuss the issue and the government has to respond, for example, by holding press conferences. The government decides to make new laws for the states.

For More Information Related to Type of Governance 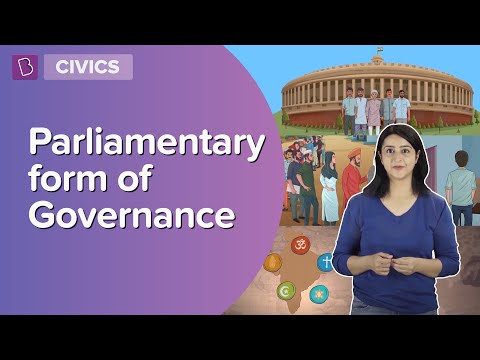 What are the duties of a MLA?

What is meant by ‘Parliamentary form of government’?

The executive branch of government which has the direct or indirect support of the parliament is known as a ‘parliamentary form of governement’.

What is the power of the ‘Legislative Assembly’?