CBSE Class 8 History Notes Chapter 1 - How, When and Where

History is about finding out how things were in the past and how things have changed. Earlier, History was synonymous with dates. CBSE Class 8 History notes for Chapter 1 – How, When and Where is all about dates and how important dates are when it comes to studying History. It gives students a brief idea about earlier History and how they used to specify dates according to their respective events. Students should go through these CBSE Class 8  History notes of Chapter 1 to understand the concepts more thoroughly.

Chapter 1 How When And Where

CBSE Notes Class 8 History Chapter 1 – How, When and Where PDF

How Important are Dates?

Historians were fascinated with dates. History is about changes that occur over time, finding out how things were in the past and how things have changed. History was an account of battles and big events. It was about rulers and their policies. Historians wrote about the year a king was crowned, the year he married, the year he had a child, the year he fought a particular war, the year he died, and the year the next ruler succeeded to the throne. For events such as these, specific dates can be determined.

The dates we select and compose our story of the past are not important. They become vital because we focus on a particular set of events as significant. The chronology of different personalities’ lives marked the different chapters of the history of British India. It is to give each chapter some coherence. It is to tell a story in a way that makes some sense and can be followed.

How do we periodise?

In 1817, James Mill, published a massive three-volume work, A History of British India. In his book, he divided Indian history into three periods – Hindu, Muslim and British. Mill thought that all Asian societies were at a lower level of civilisation than Europe. According to his telling of history, before the British came to India, Hindu and Muslim despots ruled the country. Religious intolerance, caste taboos and superstitious practices dominated social life. According to him, British rule could civilise India. In this idea of history, British rule represented all the forces of progress and civilisation. Historians had divided Indian history into ‘ancient’, ‘medieval’ and ‘modern’.

For More Information On Periodisation 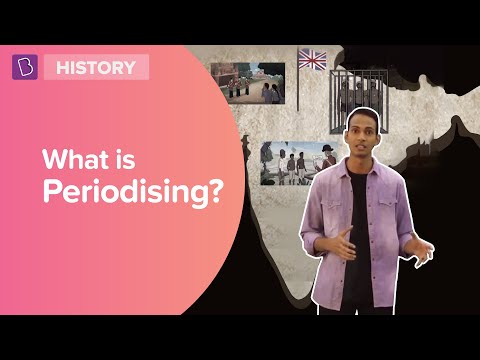 By reading this chapter you will understand how the British came to conquer the country and establish their rule, subjugating local nawabs and rajas. How they established control over the economy and society, collected revenue to meet all their expenses, bought the goods they wanted at low prices, produced crops they needed for export, and you will understand the changes that came about as a consequence. You will get to learn about the changes British rule brought about in values and tastes, customs and practices. When the subjugation of one country by another leads to these kinds of political, economic, social and cultural changes,it is referred to as colonisation.

How do We Know?

British believed in the act of writing which produced an administrative culture of memos, notings and reports. They also carefully preserved important documents and letters. Important records are preserved in all administrative institutions. In the early years of the nineteenth century, these documents were carefully copied out and beautifully written by calligraphists – by those who specialised in the art of beautiful writing. By the middle of the nineteenth century, with the spread of printing, multiple copies of these records were printed as proceedings of each government department.

Under the colonial administration, the practice of surveying became common. By the early nineteenth century, detailed surveys were being carried out to map the entire country. In the villages, revenue surveys were conducted to know the topography, the soil quality, the flora, the fauna, the local histories, and the cropping pattern. From the end of the nineteenth century, Census operations were held every ten years which prepared detailed records of the number of people in all the provinces of India, noting information on castes, religions and occupation. There were many other surveys – botanical surveys, zoological surveys, archaeological surveys, anthropological surveys, forest surveys.

What official records do not tell

Official records will not help us to understand what other people in the country felt, and what lay behind their actions. Records like diaries of people, accounts of pilgrims and travellers, autobiographies of important personalities, and popular booklets are found other than official records. Printing was introduced and newspapers were published and issues were debated in public. Leaders and reformers wrote to spread their ideas, poets and novelists wrote to express their feelings. But, from these sources, history cannot be explained and how the tribals and the peasants, the workers in the mines or the poor on the streets, lived their lives.

Frequently Asked Questions on CBSE Class 8 History Notes Chapter 1: How, When and Where

What is meant by ‘periodising’?

The act of dividing history and historic events into various periods is known as ‘periodising’.

What is the abbreviation of B.C and A.D?

B.C refers to before christ and A.D refers to after death. These are used as references to denote different eras and periods.

How long was the colonial rule in India?

Britishers rules India for over 200 years and it started in the year 1757 when Robert Clive won the Battle of Plassey.