What is an Acid Anhydride?

Acid anhydride are the molecules that are capable of forming acidic solution in water. Before going deep into it. Let’s remember some basic concepts.

Anhydride literally means ‘without water’. It can be defined as the chemical compound formed by eliminating water from another compound. Anhydride react with water to produce either base or an acid. 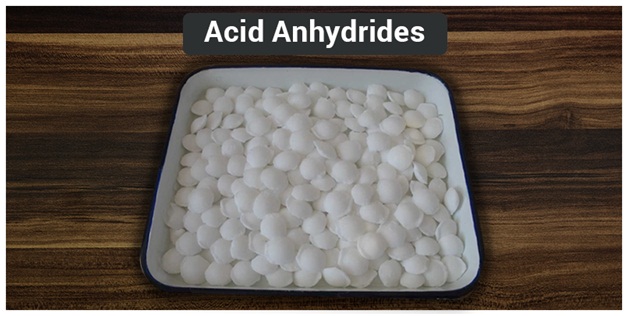 In the case of organic chemistry acid anhydrides are formed from the dehydration of two carboxylic acid groups.

Let’s try to understand better with the following reactions 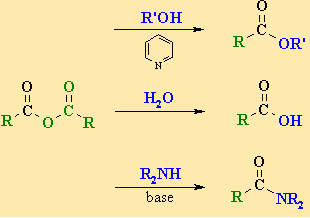 Why are acid anhydrides so reactive?

Acid anhydrides are formed from the dehydration reaction of two classes of carboxylic acids, as their name suggests. Anhydrides are highly reactive to nucleophiles and are capable of acylation a variety of proteins and other macromolecules that are important functional groups.

Are amides more reactive than ketones?

Amides can also be hydrolysed in an acidic state. In this case, amide O is first protonated, followed by water’s nucleophilic attack on carbon. There is no amide-like resonance in the case of ketone, and a nucleophile will strike its C of C=O. It’s relatively easier.

How acid anhydrides are formed?

A compound that has two acyl groups (R-C=O) bound to the same oxygen atom is an acid anhydride. Anhydrides are typically formed in the presence of a base when carboxylic acid reacts with acid chloride.