There are a number of phenomena that explains various things which we observe in our everyday life. Although, we sometimes miss to focus on these little things, and these help us to keep life going on earth. Adhesion and cohesion forces are one of the two phenomena. Though they sound to be similar, they are known to occur completely as different terms. Surface tension is one of the essential physical properties of water that describes the relationship between the adhesion and cohesion.

Definition of Adhesion and Cohesion

As for the definitions, the tendency of two or more different molecules to bond with each other is known as Adhesion, whereas the force of attraction between the same molecules is known as Cohesion.

The adhesion forces can be one of the results of electrostatic forces which are exerted on different substances. The cohesive forces are associated with Van der Waals forces and hydrogen bonding that cause liquids such as water to withstand the separation. When a glass surface is poured with water, both adhesive and the cohesive forces act on the surface of the water. A strong adhesive force tends the liquid to spread over the surface whereas a strong cohesive force is responsible for the formation of water droplets on the water surface. 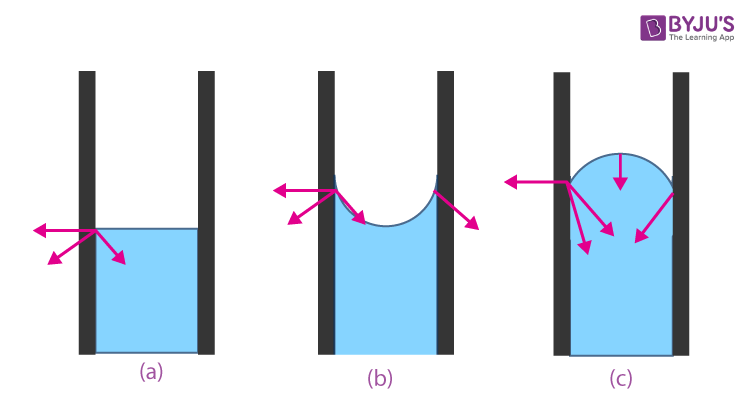 Differences Between Adhesion and Cohesion

What is cohesion and its example?

When two similar substances or molecules face the force of attraction this force is known as cohesion force. Water is an example of cohesion. Each water molecule forms hydrogen bonds with neighboring molecules.

What is adhesion and its example?

When two dissimilar substances or molecules face the force of attraction this force is known as adhesion force. Water drops on the surface of leaves and flowers.

How do you distinguish between cohesion and adhesion?

Why is cohesion important ?

Cohesion allows for the development of surface tension which causes the surface of liquid to contract to the smallest possible surface area. It helps plants to take up water at their root.

Test your knowledge on adhesion and cohesion difference!
Q5