What is Aliphatic Hydrocarbon?

Halogenated aliphatic hydrocarbons are organic chemicals in which one or more hydrogen atoms has been replaced by a halogen (i.e., fluorinated, chlorinated, brominated or iodized).

Chlorinated Aliphatic Hydrocarbons constitute a diverse group of organic compounds characterized by an open-chain structure and a variable number of single, double, and triple bonds.

The term Aliphatic has been derived from the Greek word “Aleiphar” which translates to “fat”. It is used to describe hydrocarbons that are obtained by the chemical degradation of oils or fats.

An aliphatic compound or aliphatic hydrocarbon is an organic compound containing hydrogen and carbon atoms that are usually linked together in chains via single, double or triple bonds.

Sometimes the chains are also in branched trains or in the form of non-aromatic structures. Notably, apart from hydrogen some other elements like oxygen, nitrogen, chlorine, and sulphur may be bound to the carbon atoms in the chain. 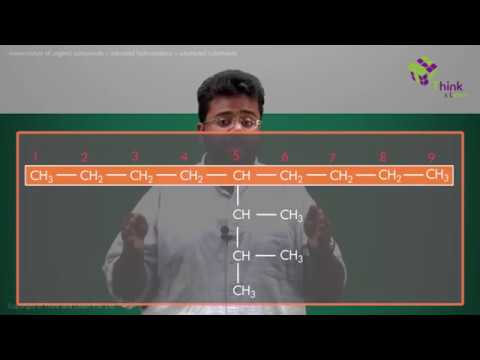 Aliphatic compounds may be saturated or unsaturated. Saturated hydrocarbon contains mainly of alkanes which are open chain hydrocarbons containing carbon-carbon single bond. Most of the time the bond exists in the form of a covalent bond. These compounds are inert in nature and do not readily react with acid, bases or other reagents. 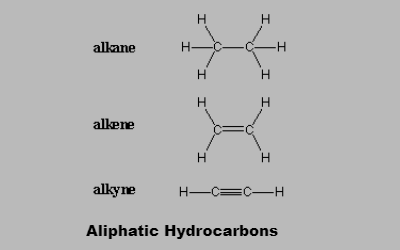 Aliphatic compounds can be extracted by the process known as Pressurized Fluid Extraction or PFE where organic and aqueous extraction solvents are used. Water which is converted to hot steam can also be used to extract aliphatic hydrocarbons mostly from solid and semi-solid environmental samples.

Very little use has been made of aliphatic hydrocarbons as solvents in conventional flame spectrometry. Pentane, methyl cyclopentane and cyclohexane have been tested as solvents for the determination of nickel in an oxygen cyanogen flame. These solvents appeared to offer no striking advantages, although excellent sensitivity was obtained when pentane was used in AAS. Heptane, cyclohexane and cyclohexene have been investigated as possible solvents for the determination of berylium by AFS. In both the oxygen acetylene and the nitrous oxide acetylene solutions. Alphatic hydrocarbons are occasionally used as diluents for other solvents.

What is aliphatic hydrocarbon used for?

Many of the aliphatic compounds are flammable, making the use of hydrocarbons as fuel, such as methane in Bunsen burners, as liquefied natural gas (LNG), and ethylene (acetylene) in welding.

Is benzene aliphatic or aromatic?

Is alcohol an aliphatic compound?

Aliphatic compounds, like hexane, do not only have to be made of carbon and hydrogen. They can contain oxygen-like atoms too. Isopropanol is an example of one such compound containing a group of alcohol (OH) bound to an aliphatic carbon chain.

What are the 4 types of hydrocarbons?

The term Hydrocarbons means organic compounds that contain only hydrogen and carbon. Use this description would include four groups of hydrocarbons: alkanes, alkenes, alkynes and aromatic.

One noteworthy phenomenon is the tendency of chlorinated aliphatic hydrocarbons to “crack” when heated to create poison gases (hydrogen chloride and phosgene) that are directly and intensely hazardous to cardio respiratory function, such as carbon tetrachloride.

Some that household items containing hydrocarbons are cosmetics dependent on mineral oil, such as bath oil, creams, lotions, and maquillage removers. Other commodity categories include fuel additives, motor oil, and waterproofing agents.

What are the effects of hydrocarbons?

What is the main source of hydrocarbons?

Hydrocarbons are organic compounds composed only of two elements (carbon and hydrogen), hence their name for the source. The crude oil is the primary source of hydrocarbons. It’s a lot of hydrocarbons. We can be classified into two main classes: aliphatic, and hydrocarbon aromatic.