A copolymer is a polymer that is made up of two or more monomer species. Many commercially important polymers are copolymers. Examples include polyethylene-vinyl acetate (PEVA), nitrile rubber, and acrylonitrile butadiene styrene (ABS). The process in which a copolymer is formed from multiple species of monomers is known as copolymerization. It is often used to improve or modify certain properties of plastics.

A homopolymer is a polymer that is made up of only one type of monomer unit. The difference in the constitution of a copolymer and a homopolymer is illustrated below. 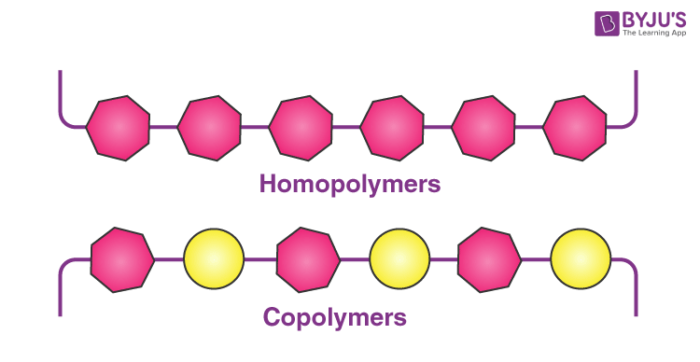 What are the Different Types of Linear Copolymers?

Linear copolymers can be further classified into several categories such as alternating and statistical copolymers. This classification is done based on the arrangement of the monomers on the main chain.

These polymers feature a repeating sequence in which the monomers are arranged in a single chain. An illustration of the structure of a periodic copolymer made up of monomers A and B is provided below.

The single-chain copolymers in which the composition of monomers gradually changes along the main chain are called gradient copolymers. If the tacticity of the monomers varies with different blocks or units in the polymer, the macromolecule is known as a stereoblock copolymer.

What is a Branched Copolymer?

A star copolymer contains several polymeric chains that are attached to the same central core. 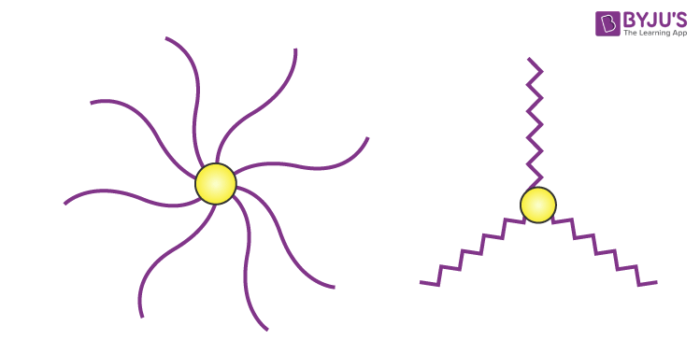 The structures of different types of star-shaped copolymers are illustrated above. They consist of a multifunctional centre to which three or more polymer chains are attached.

Branched copolymers featuring differently structured main chains and side chains are known as graft copolymers. An illustration detailing the structure of a graft copolymer made up of monomers A and B is provided below. 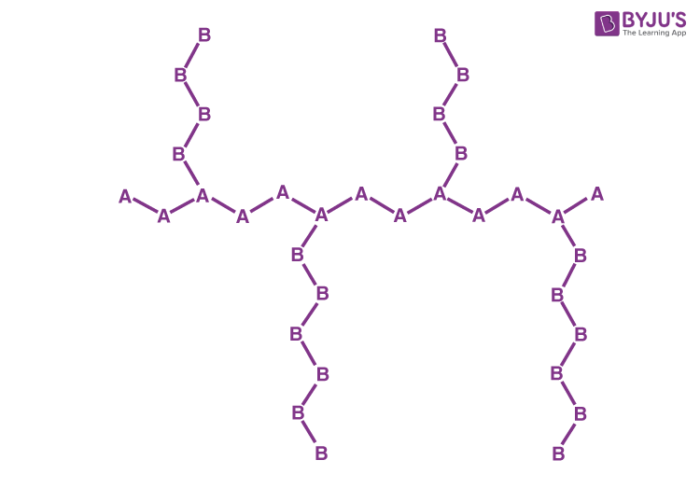 The main chain or the side chains of these polymers can be copolymers or homopolymers. High impact polystyrene is an important example of a graft copolymer. They can be synthesized from free radical polymerization.

To learn more about copolymerization and other important types of polymerization reactions, register with BYJU’S and download the mobile application on your smartphone.

Test your Knowledge on Copolymer!
Q5