What is an energy level diagram?

In chemistry, an electron shell, or energy level, may be imagined as an orbit with electrons around the nucleus of an atom. Bohr developed this model of the atom which says the electrons revolve around the nucleus in a circular path called an orbit. The closest shell to the nucleus is called the “K shell” followed by the “L shell” then the “M shell” and so on away from the nucleus. The shells can be denoted by alphabets (K, L, M, …) or quantum numbers (n = 1, 2, 3, 4 etc).

Each shell contains a fixed number of electrons –

The general formula to know the number of electrons that can be held in each shell is given by 2n2. Electrons get attracted to the nucleus of the atom and the electrons occupy outer shells inner shells have already been completely occupied by other electrons. 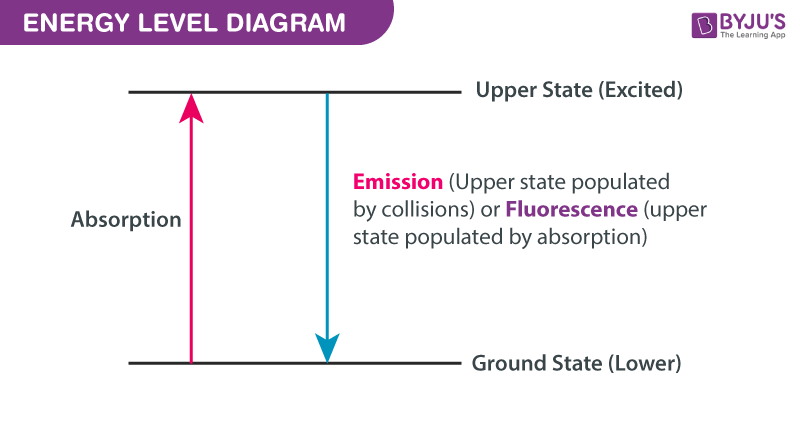 With the help of the Grotrian diagram, we can understand that light emission and absorption occur at the same wavelengths. This concept is named after a German astronomer Walter Grotrian, from the 20th century.

How to represent electrons in an energy level diagram:

Chemists use an energy level diagram to seek information regarding the following:

Below is a blank energy level diagram which helps you depict electrons for any specific atom. 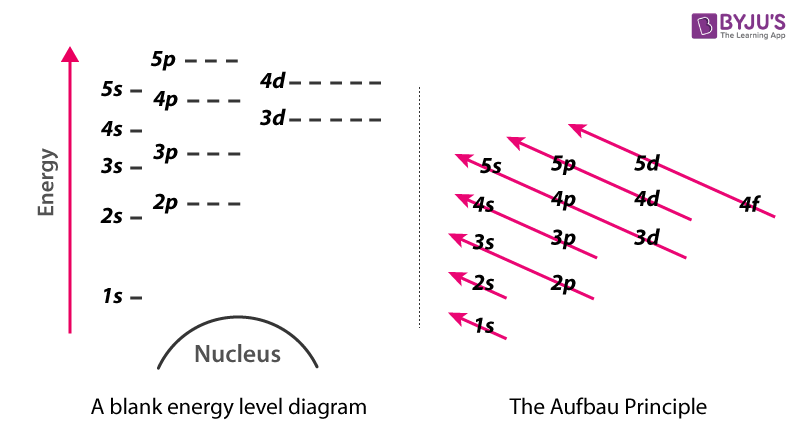 What are the energy levels?

Electrons of an atom occupying particular orbitals have a particular energy. This is called energy level. When an electron alleviates from a high energy state to a lower energy state, emission of light occurs.

What is an electron shell?

The space around the nucleus which is filled will force more electrons out from the nucleus. This is called an electron shell.

What is the lowest possible energy and highest energy level of an electron?

The lowest possible energy is ground state and  highest energy level is the excited state.

How the energy levels are filled in an atom?

In the increasing order of energy according to the Aufbau principle.

For more updates and latest notes on Energy level diagram and degenerate orbitals register to BYJU’S.