Almost always the ozone has only been correlated with the hole in the ozone layer and the damages it has caused to the environment. The richness of the ozone layer that makes the hole so significant and the science behind the hole is far less popular. Schönbein in the year 1840 confirmed its existence and Jacques-Louis Soret rooted the chemical formula of ozone as O3 and proved that ozone is an allotropic form of Oxygen. 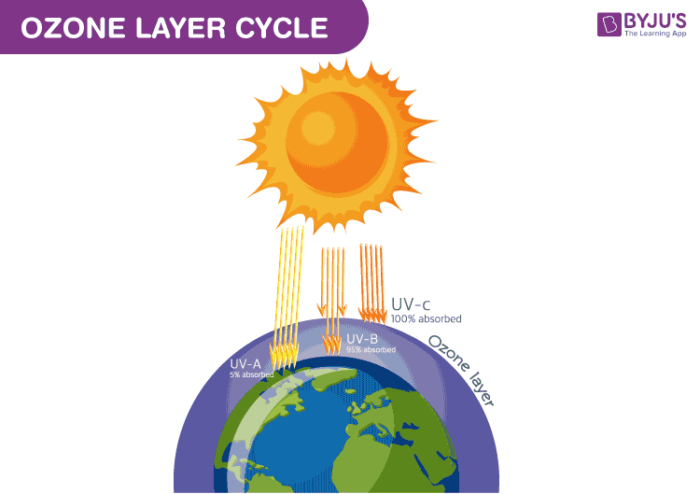 Ozone is unstable and decomposes to molecular oxygen. A dynamic equilibrium is maintained between the formation and decomposition of ozone. It has been found that this protective ozone layer is getting depleted because of the presence of CFC (chlorofluorocarbon) compounds.

(Note: Cl is in the form of radical)

This reaction breaks down the ozone. CFC compounds are agents which release chlorine radicals into the atmosphere and cause damage to the ozone layer.

Ozone is a polar molecule and to understand this we need to have a look at the structure of Ozone. Ozone resonates between two structures which are shown below:

Importance of the ozone layer

Ozone is harmful at ground level but high up the atmosphere ozone layer plays a vital role in the protection of all living beings. The sun propagates ultraviolet radiations which as an adverse effect on living beings. This layer absorbs the radiations and prohibits them from entering the outer surface of the earth. The ozone layer resides in the stratospheric layer of the earth’s atmosphere. The layers which occupy the lower part of the atmosphere removes the unwanted pollutants from the earth’s surface. 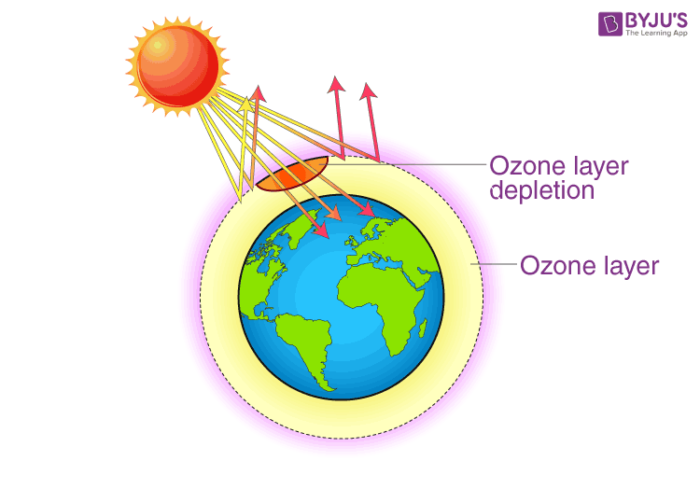 What Is Ozone Layer Depletion And Its Effects? 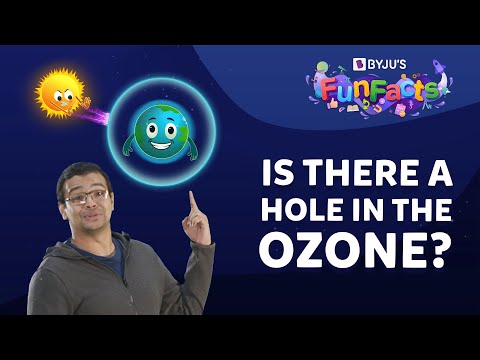 What happens when ultraviolet light strikes the ozone layer?

What are the 2 types of ozone?

Ozone molecules (O3) have three atoms of oxygen. There are two distinct layers of ozone present in the Earth’s atmosphere. The troposphere, the layer closest to the earth, contains “evil” ozone. Tropospheric ozone is a toxic pollutant that develops as different substances produced by humans are changed by sunlight.

What is the process of ozone depletion?

How the ozone layer is healing?

According to a recent report, the ozone layer is beginning to regenerate and has the ability to fully restore. Published in Nature, a research paper heralds a rare achievement in repairing environmental damage and shows that concerted global action can make a difference.

Why is ozone layer important for us?

In the stratosphere (a layer of the atmosphere between 10 and 40 km above us), much of the ozone remains where it serves as a barrier to protect the surface of the Earth from the sun’s damaging ultraviolet radiation. We would be more vulnerable to skin cancer, cataracts and compromised immune systems if this protection were reduced.

To know more about the ozone layer and its depletion, sign up with BYJU’S and download BYJU’S – The Learning App.

Take up a quiz on Ozone layer
Q5