In other words, any substance which resembles the molecular structure of smaller proteins. Peptides include many antibiotics, hormones and other substances that involve in the biological functions of living beings. 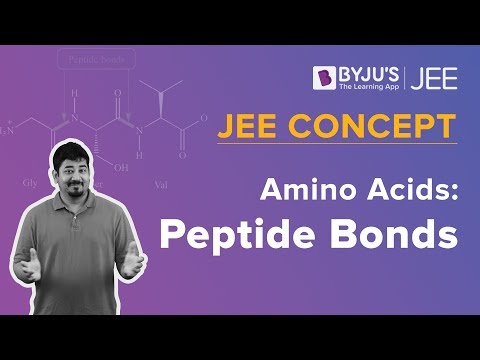 Peptides are separated from proteins on the basis of size. Proteins are comprised of multiple polypeptides that are placed in a biologically functional way.

There are many types of peptides; Di-peptide is the shortest peptides which consist of only two amino acids connected by one peptide bond. A polypeptide is a continuous long and single peptide chain. Therefore, it can be stated that peptides belong to a broad category of biological polymers and oligomers.

These are categorized into several classes, based on their production type.

They occupy a very important place in molecular biology for many reasons. The prime reason is that peptides help in the production of peptide antibodies in animals. These are used to create antibodies in mouse or rabbit against the specific protein. Peptides are also used in the study of protein function, structure and also used in mass spectrometry. There are also Peptide hormones which are basically hormones with peptide molecules.

1. Are peptides proteins?
Peptides are smaller than proteins. Traditionally, peptides are classified as molecules that consist of between 2 and 50 amino acids, whereas proteins are made up of 50 or more amino acids.

2. What are natural peptides?
Peptides are found in all living organisms, and play a key role in biological activity of any sort. The peptides are biological molecules that occur naturally. Like proteins, peptides are naturally produced (synthesized) from transcriptions of a genetic code sequence, DNA.

4. What are biologically active peptides?
Bioactive peptides can be identified as specific portions of 2 to 20 amino acid proteins with beneficial biological effects, including antioxidant, anti-hypertensive, anti-adipogenic, antimicrobial and anti-inflammatory effects.

5. What are milk peptides?
Milk peptides are produced during the fermentation of milk from milk proteins by enzymatic breakdown by digestive enzymes or by lactobacilli proteinases.

Test your knowledge on peptides
Q5