Preparation Of Hydrogen And Uses

Hydrogen is the most abundant element or chemical substance that is available in our universe. It makes up 90 per cent of all the atoms. It is the smallest and the lightest of all elements having atomic number 1 and an atomic weight of 1.008u. Hydrogen is mostly found in the form of a gas and is colourless, odourless but flammable. 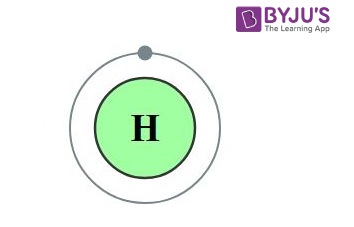 Preparation of Hydrogen involves various steps. Hydrogen is a unique element as it shows resemblance to both alkali metals and halogens. It is a very reactive element and forms many hydrides and other compounds. It is found in plant and animal tissues. The preparation of hydrogen can be broadly classified as:

By the Action of Alkali on Zn metal

When granulated zinc is reacted with dilute hydrochloric acid, hydrogen is obtained. This is the most common procedure for producing hydrogen. We can also prepare hydrogen by reacting zinc with aqueous alkali. The following reaction will make this clear:

By the Action of Acids on Strong Electro Positive Metals

By the Action of Water on Strong Electro Positive Metals

2. A commercial preparation of hydrogen:

There are many ways in which it is prepared commercially. Following are some methods used generally.
a. When acidified water is electrolysed using platinum electrodes, hydrogen is produced.
b. To obtain hydrogen of high purity we can electrolyse warm aqueous barium hydroxide solution between nickel electrodes.
c. When a stream reacts with hydrocarbons at very high temperatures in the presence of some catalyst, hydrogen is formed. For example, methane reacts with water at  1270K in presence of nickel to give carbon monoxide and water.

The mixture of carbon monoxide and water is popularly called water gas. This water gas is used for the synthesis of methanol and many hydrocarbons and so it is also known as the synthesis gas or ‘syngas’. These syngas is prepared from sewage, sawdust, scrap wood etc. We can also produce syngas from coal and this process is known as ‘coal gasification. We can increase the production of hydrogen gas by reacting carbon monoxide of syngas with a stream in the presence of iron chromate as a catalyst and a temperature of 673K.

The above reaction is known as the water gas shift reaction. As of now the maximum percentage of hydrogen gas is produced from petrochemicals, some from coal and a very little percent from the electrolysis of aqueous solution.

So far we have seen how to make hydrogen in the laboratory and commercially, for more details kindly install the BYJU’S learning app.’

Test Your Knowledge On Preparation Of Hydrogen And Various Uses!
Q5