Sodium bicarbonate, also known as baking soda or bicarbonate of soda, is a chemical compound with the formula NaHCO3 and the IUPAC designation sodium hydrogencarbonate. A sodium cation (Na+) and a bicarbonate anion (HCO3) combine to form this salt. Sodium bicarbonate is a white, crystalline substance that is commonly found as a fine powder. It tastes slightly salty and alkaline, like washing soda (sodium carbonate). Nahcolite is a type of natural mineral. It is found dissolved in many mineral springs and is a component of the mineral natron.

What is Baking Soda?

Baking Soda is also defined as Sodium Bicarbonate. The Medieval Egyptians first quarried Natron, a natural deposit which mainly consists of Na2CO3. They used it as soap. In the year 1971, NaHCO3 was first manufactured by a French chemist named Nicolas Leblanc. It was in the year 1846, John Dwight and Austin Church started a manufacturing unit to produce baking soda using sodium carbonate and carbon dioxide.

We can see various applications of chemistry that are being exhibited in every part of a household like in the bathroom, kitchen, etc. One such compound is Sodium bicarbonate, which is used mainly because of its versatility, usefulness and its cheap price. 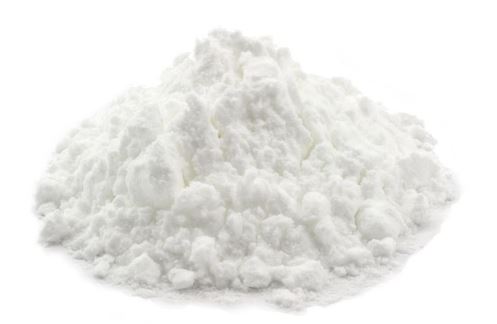 Solvay process is used for the production of sodium bicarbonate and sodium carbonate industrially. In this process carbon dioxide, water, ammonia and brine solution in its concentrated form, are used as raw materials. This process is used mainly because it is inexpensive and less raw materials are used to produce necessary chemicals. The important chemical reaction that is used in the production of baking soda and sodium carbonate is:

What does baking soda react with?

Baking soda combines with acidic components in a recipe, such as chocolate, sour cream, or honey, to produce carbon dioxide gas, which helps fluff things up. Baking powder contains baking soda and cream of tartar, an acid that reacts when wet.

What acid does baking soda need to activate?

Sodium bicarbonate is the main constituent in baking soda. When an acid, such as buttermilk, yoghurt, brown sugar, or vinegar, comes into contact with sodium bicarbonate, it becomes an alkaline base (usually the acid is part of your recipe).

What is the pH of baking soda?

Baking soda is a base, often known as sodium bicarbonate. This implies that when baking soda is dissolved in water, it forms an alkaline solution. A 0.1 molar solution of baking soda, for example, has a pH of around 8.3.

How is baking soda prepared in laboratory?

Is baking soda natural or synthetic?

Baking soda, also known as sodium bicarbonate, is a crystalline chemical component that is commonly encountered as a powder. Although baking soda is found naturally, it is frequently mined and manufactured through a chemical process.

Connect with BYJU’S  to understand the concepts better and to clear your doubts with the expert faculty.