Atmospheric pollution because of smog

What is Atmospheric Pollution? 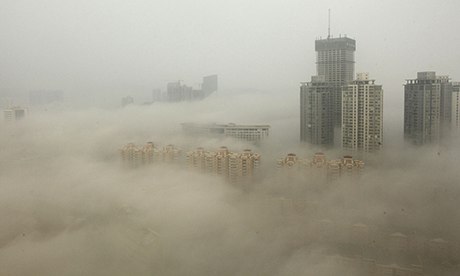 It reduces visibility and causes breathing issues. Smog falls under particulate pollutants, as it is composed of very minute particles. We have two major classifications of smog:

Ozone, nitric oxide and peroxyacetyl nitrate (PAN) are the major components of photochemical smog. It causes serious health issues, ozone acts as a powerful eye irritant. Ozone and nitric oxide in high concentration cause headache, chest pain, dryness of throat and difficulty in breathing, these are some of the major disadvantages of atmospheric pollution. Photochemical smog also leads to the corrosion of metals, building materials, and painted surfaces.

So far we have read about atmospheric pollution, its causes and effects. To learn more about air pollution and more, register with Byju’s and download our app – BYJU’S – The Learning App.

Take up a quiz on Atmospheric pollution because of smog
Q5