What is Xenon Difluoride?

Xenon Difluoride is a chemical compound with the formula XeF2. It was discovered in the year 1962. It is a powerful fluoridating agent. XeF2 was considered to be a possible convenient replacement for elemental fluorine especially in addition reactions to a double bond. The oxidation state of xenon in Xenon Difluoride is +2. Xenon tetrafluoride has a negligible vapour pressure at -78° and about 3 mm-Hg at room temperature. Xenon difluoride is a hazardous chemical, reacting with water moisture to form hydrofluoric acid.

The structure of xenon difluoride is illustrated below. 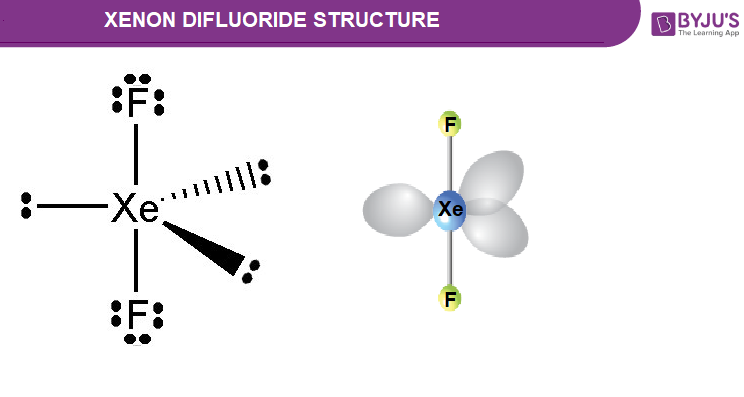