Hybridization of NO3 (Nitrate)

What is the Hybridization of Nitrate?

The easiest way to determine the hybridization of nitrate is by drawing the Lewis structure. After drawing the diagram, we need to count the number of electron pairs and the bonds present in the central nitrogen atom. In NO3– we can see that the central atom is bonded with three oxygen atoms and there are no lone pairs. If we check the Lewis structure further then one of the nitrogen-oxygen bonds is a double bond and two are single bonds. 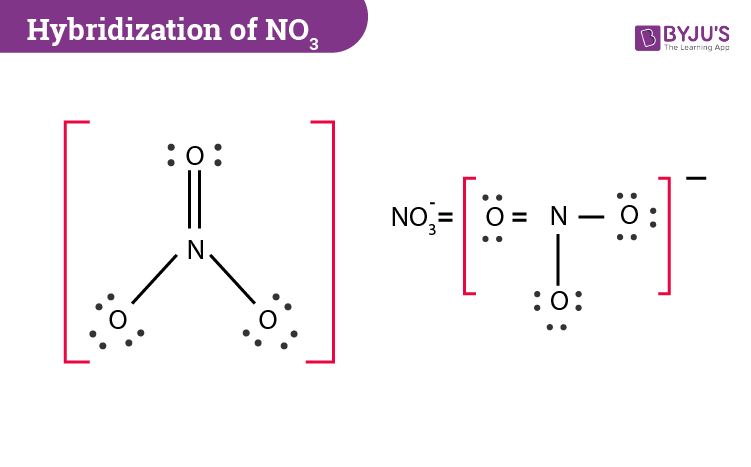 NO3– Molecular Geometry And Bond Angles

In nitrate, there is one central atom which is surrounded by three identically-bonded oxygen atoms which lie at the corners of a triangle and at the same one-dimensional plane. In essence, nitrate has 3 electron domains and no lone pairs. Therefore, NO3– molecular geometry is slightly bent and is trigonal planar. The bond angle is 120o.