A mirror is an object that reflects the light in the same angle as it receives from the object, obeying the laws of reflection. Mirrors are of three types 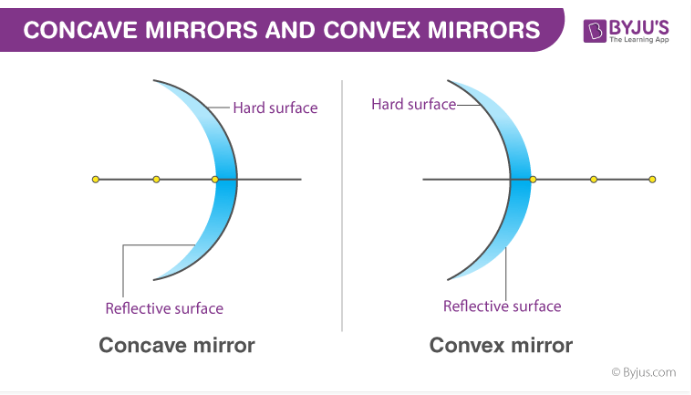 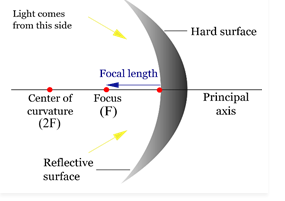 Property 1: The incident ray which is parallel to the principal axis passes through the focus of the concave mirror.

Property 2: If the incident light passes through the focus then it gets reflected parallel to the principal axis.

Property 3: The incident light passing through the centre of curvature returns in the same path after reflection from the spherical surface.

Property 4: The distance from the pole(P) of the mirror to the focus is called the focal length. The focal length of the spherical mirror is half of its centre of curvature(C).

Property 5: A virtual image, erect and a bigger image is formed if the object is placed between the focus and the pole of the mirror.

Property 6: If the object is placed at the focus(F), a real inverted and a very large image is formed at infinity.

Property 7: A real, inverted and a magnified image is formed when the object is placed between the focus(F) and centre of curvature(C).