What is Temperature Coefficient of Resistance?

Relation between Temperature and Resistances

The value of α can vary depending on the type of material. In metals, as the temperature increases the electrons attain more kinetic energy, thus more speed to undergo frequent collisions. We know that the resistivity of any substance is given by

So, the resistivity depends on the number of charge carriers per unit volume n and the relaxation time τ between collisions. When the temperature of the metal is increased, the average velocity of the current carriers i.e the electrons increases and result in more collisions.

Types of Temperature Coefficient Of Resistance

There are two main types of temperature coefficient of resistance.

The resistivity and the resistance of the material increases due to decrease in τ. Hence the value of the temperature coefficient of metal is positive. 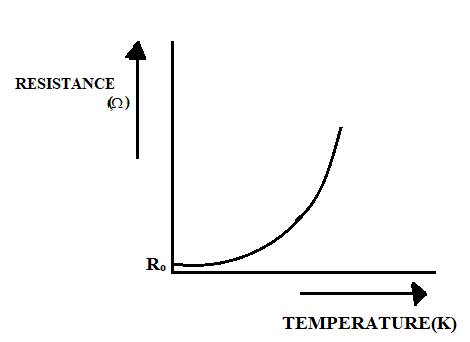 The curve in figure 2 represents the typical nature of the resistance of a semiconductor as a function of temperature.

Here T is the temperature in °C at which the resistance becomes 200Ω.

The current leaving = I3

The rule states that “the algebraic sum of changes in potential around any closed loop involving resistors and cells in the loop is zero.” An electrical potential is a quantity dependant on the location of the point. So in a closed-loop, if we start from a point and come back to the same point, the total change in potential should be zero. This rule is based on the law of conservation of energy.

In other words, the sum of the all EMFs and product of the currents and resistances in a closed loop is zero. 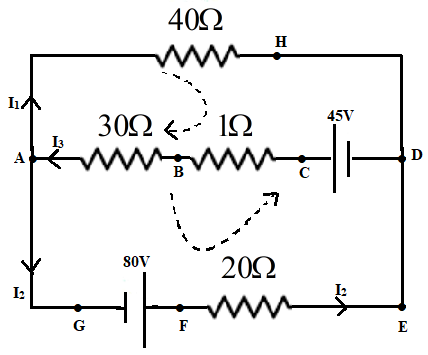 Let us consider a circuit as represented in the figure given above to explain how the loop rule is applied. At junction A the currents leaving are I1 + I2 while is I3 is entering. At the junction, current entering is I1. Hence by applying junction rule the current leaving should also be equal to I1.

Let us consider the loop ‘AHDCBA’. Applying the loop rule we get,

Similarly, if we applying loop rule to the loop ‘AHDEFGA’ gives us

Kirchoff’s rules can be used to simplify complicated networks involving many numbers of electrical components and multiple junctions where calculations using simple ideas of series and parallel connections fail to provide desired results.

Question 1: Find the value of current I in the circuit given below.

A current of 3A flows through the wire of length AB

At junction B, the current leaving through BC can be found out as = 3A -1A

At junction C, the current i is calculated as 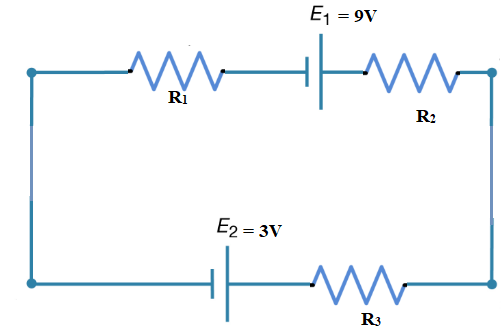 Solution: Firstly, let us choose the direction of the current to be in a clockwise direction. Whenever a current flows through a resistor, there is a potential drop, hence it is taken with a negative sign.

3. Calculate the terminal voltage of the battery in the circuit below?

Terminal Voltage (V) is the potential difference between the terminals when a battery current flows out.
If the battery does not draw any current, the terminal voltage equals the emf.