Transistor As A Switch

Both PNP and NPN transistors can be utilized as switches. A basic terminal transistor can be handled differently from a signal amplifier by biasing both NPN and PNP bipolar transistors by an “ON / OFF” static switch. One of the main uses of the transistor to transform a DC signal “On” or “OFF” is solid-state switches. 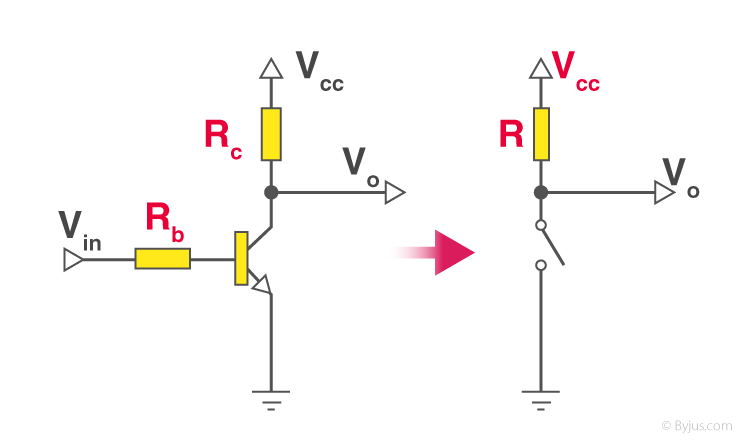 Some devices, including LEDs, only require several milliamperes of DC voltages at the logical level and can be directly controlled via the logical gate output. High-power devices such as generators, solenoids or lamps usually need more power to use transistor switches than the usual logic gate.

Meanwhile, the saturation zone and cut-off area are known as the transistor switch’s working regions. This implies that, by switching between its “top-off” (saturation) and “absolute OFF,” the transistor is used as a switch to basically overwrite its Q-Point and the voltage dividers circuit that is needed for amplification. 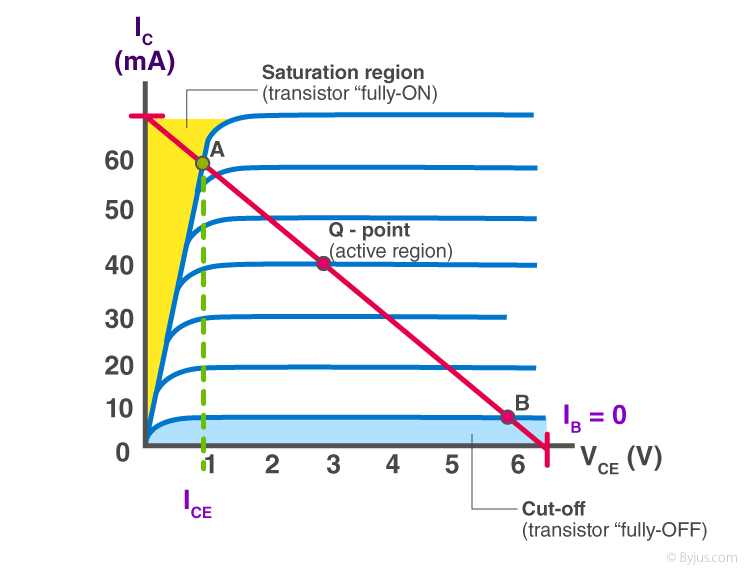 The “cut-off” area is at the bottom of the curves, the white, shaded area and the blue zone on the left is the transistor “saturation” region.

The transistor’s operating specifications include the base current (IB), the collector current (IC) and the pea-collector voltage (VCE).

Instead, we can describe the “cut-off region” or “OFF mode,” both in reverse bias, with Vb < 0.7v and IC = 0, when using a bipolar transistor as a switch.

In this mode or region the highest base current is applied, leading to the overall collector current causing the average collector-emitter voltage to fall and the leakage surface as small as possible and the maximum current that flows across this transistor. That is why the “Fully ON” transistor is triggered.

Alternatively, we can define the “saturation field” or “ON step,” all junctions forward, VW > 0.7v and IK = complete when using a bipolar transistor as a switch. 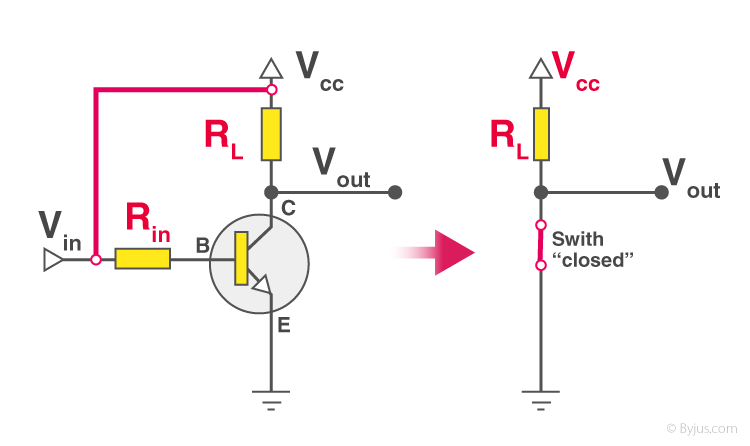 Let us consider a base-biased transistor in a CE configuration. When we extend the voltage rule of Kirchhoff to the circuit’s input and output side, we will write,

Input voltage (Vi) and VCE (Output Voltage DC (Vo) are now discussed by the VBB. That’s why we got;

First, let’s look at the shift in Vo as Vi rises from zero A Silicon junction transistor remains in a Cutoff state as long as Vi is less than 0.6 V. Also, IC= 0. Vo= VCC. Thus, the transistor switches into an active state when Vi goes past 0.6 V. IC >0 and Vo are also decreasing (because ICRC is increasing). Originally, with rising Vi, IC increases almost linearly.

Vo also decreases linearly until its value drops below 1 V. Post this, the change becomes non-linear and the transistor moves into the state of saturation. Vo continues to decrease on increasing Vi but never becomes zero. Here’s a Vo vs Vi plot (also referred to as the transition features of a reference transistor). 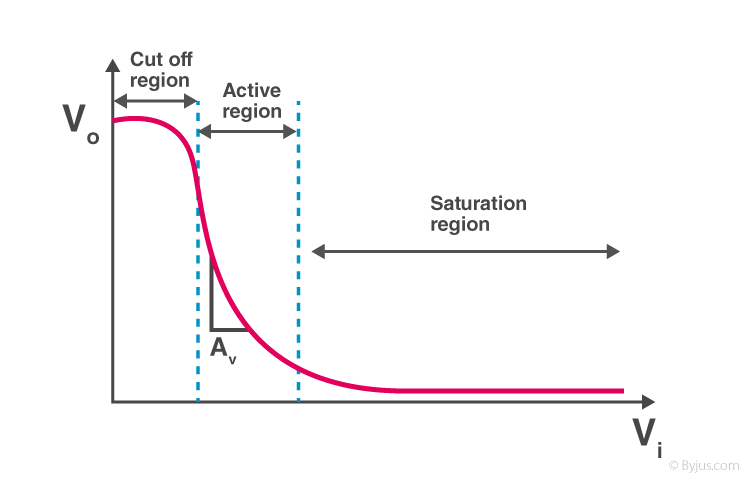 There are two things to remember here:

When Vi is low and the transistor is unable to forward-bias, Vo is high(= VCC).

If Vi is sufficiently high to saturate the transistor, Vo is very low (~0).

It is also switched off when a transistor is not conducting. On the other side, it is turned at when it is in the state of depletion. Bringing these components together, imagine a resistor that determines the low and high values below and above those points of voltage

Such levels suit the transistor’s cutoff and saturation. We might say in such a situation that a small input turns off the transistor and a high input switches on it. These circuits are designed to prevent the transistor from staying in an active state. That’s how a transistor can act as a switch.

Applications Of Transistor As a Switch

The transistor as a switch has the following uses: