What is a Transistor? A transistor is a type of a semiconductor device that can be used to both conduct and insulate electric current or voltage. A transistor basically acts as a switch and an amplifier. In simple words, we can say that a transistor is a miniature device that is used to control or regulate the flow of electronic signals.

Transistors are one of the key components in most of the electronic devices that are present today. Developed in the year 1947 by three American physicists John Bardeen, Walter Brattain and William Shockley, the transistor is considered as one of the most important inventions in the history of science.

Parts of a Transistor

A typical transistor is composed of three layers of semiconductor materials or more specifically terminals which helps to make a connection to an external circuit and carry the current. A voltage or current that is applied to any one pair of the terminals of a transistor controls the current through the other pair of terminals. There are three terminals for a transistor. They are:

Well, the very basic working principle of a transistor is based on controlling the flow of current through one channel by varying intensity of a very smaller current that is flowing through a second channel.

Based on how they are used in a circuit there are mainly two types of transistors.

The three terminals of BJT are base, emitter and collector. A very small current flowing between base and emitter can control a larger flow of current between the collector and emitter terminal.

Furthermore, there are two types of BJT. These include; 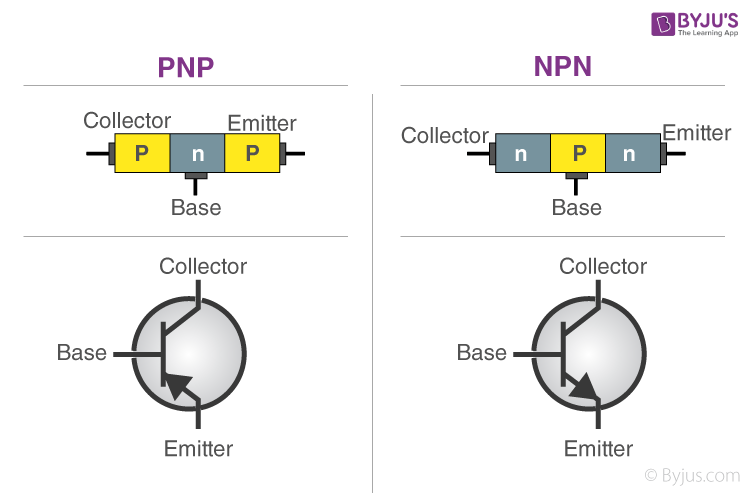 There are three types of configuration as a common base (CB), common collector (CC) and common emitter (CE).

In Common Base (CB) configuration the base terminal of the transistor is common between input and output terminals. 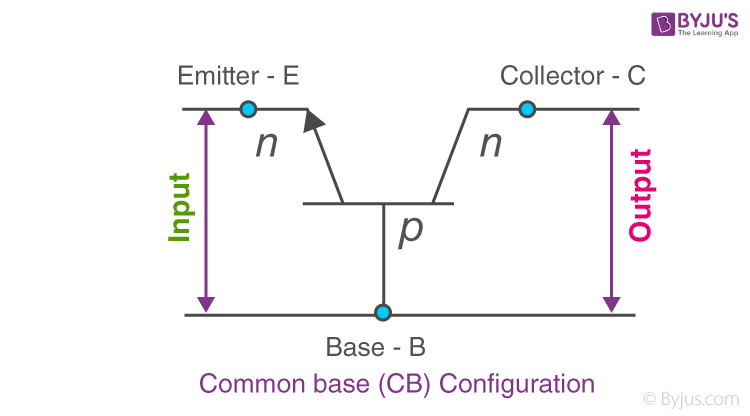 In Common Collector (CC) configuration the collector terminals are common between the input and output terminals. 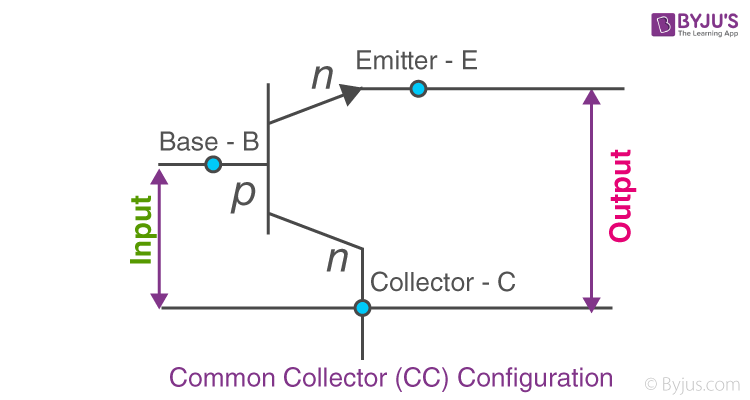 In Common Emitter (CE) configuration the emitter terminal is common between the input and the output terminals. 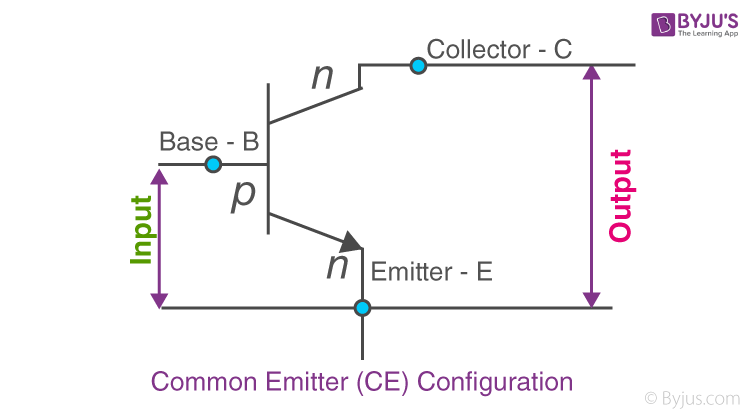 For FET, the three terminals are Gate, Source and Drain. The voltage at the gate terminal can control a current between source and drain. FET is a unipolar transistor in which N channel FET or P channel FET are used for conduction. The main applications of FETs are in low noise amplifier, buffer amplifier and an analogue switch. How do Transistors work?

Let us look at the working of transistors. We know that BJT consists of three terminals (Emitter, Base and Collector). It is a current-driven device where two P-N junctions exist within a BJT.

In order to explain the working of the transistor, let us take an example of an NPN transistor. The same principles are used for PNP transistor except that the current carriers are holes and the voltages are reversed.

When they meet each other they will combine enabling a current to flow across the junction. When the junction is reverse biased the holes and electrons move away from the junction, and now the depletion region forms between the two areas and no current will flows through it. 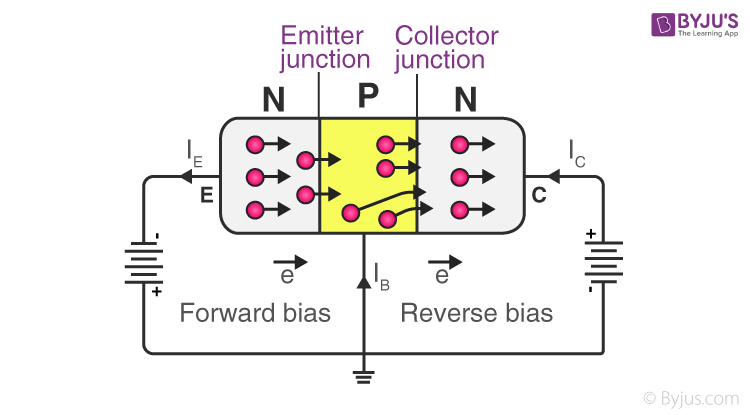 But the doping level in this region is very low and the base is also very thin. This means that most of the electrons are able to travel across the region without recombining with holes. As a result, the electrons will drift towards the collector.

In this way, they are able to flow across what is effectively reverse-biased junction and the current flows in the collector circuit.

Characteristics of the transistor are the plots which can represent the relation between the current and the voltage of a transistor in a particular configuration.

There are two types of characteristics.

This chart will describe the variation of emitter current, IE with base – Emitter voltage, VBE keeping collector voltage constant, VCB.

It shows the variation in IB in accordance with VCB with collector-emitter voltage VCE keeping constant.

Here it shows the variation in IB in accordance with VBE by keeping VCE constant.

This exhibit the variation in IE against the changes in VCE by keeping IB constant.

Here it shows the variation in IC with the changes in VCE by keeping IB constant. 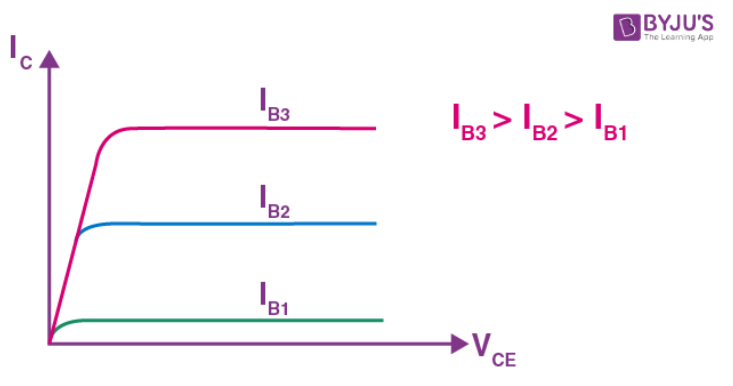 It gives the variation of IC with the IE by keeping VCB as constant.

This shows the variation of IE with IB by keeping VCE constant.

Here it shows the variation of IC with IB by keeping VCE constant.

Transistors also have few limitations. They are as follows:

Which region of the transistor is lightly doped?

The base of the transistor is lightly doped.

How is the emitter region of the transistor different from the collector region?

The emitter is more heavily doped than the collector.

What is the normal biasing of the diodes of the transistor?

How many depletion regions does a transistor have?

The transistor has two depletion regions.

Test your Knowledge on Transistor
Q5