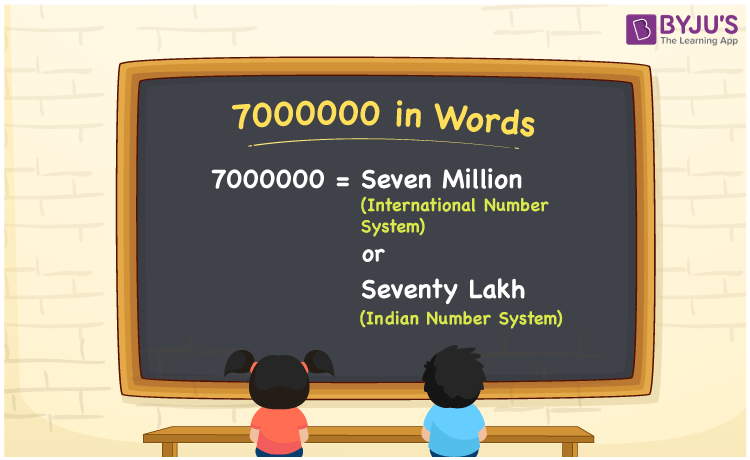 We can see, from the above table, 7 comes in Ten Lakhs place or Millions place. Rest all the places in the table are covered by 0. Thus, together we can write the number as Seven Million or Seventy Lakh.

We can write the expanded form as:

Frequently Asked Questions on 7000000 in words

The place value of 7 in 7000000 is Ten Lakhs in Indian Number system and One million in International number system.

7000000 in English is written as Seven Million or Seventy Lakh