We know that a polynomial expression is an algebraic expression, which is made up of variables, coefficients, terms and constants and mathematical operators. We have learned that we can apply various arithmetic operations to real numbers. Similarly, we can also perform addition, subtraction, multiplication and division operations on polynomials. In this article, we are going to learn the “Division Algorithm for Polynomials” with solved examples.

The division algorithm for polynomials states that, if p(x) and g(x) are any two polynomials with g(x) ≠ 0, then we can find polynomials q(x) and r(x) such that

Go through the below-provided example to understand the division algorithm for polynomials, which is given in step by step procedure.

Step 1: Arrange the terms of the dividend and divisor polynomial in the decreasing order of their degrees. 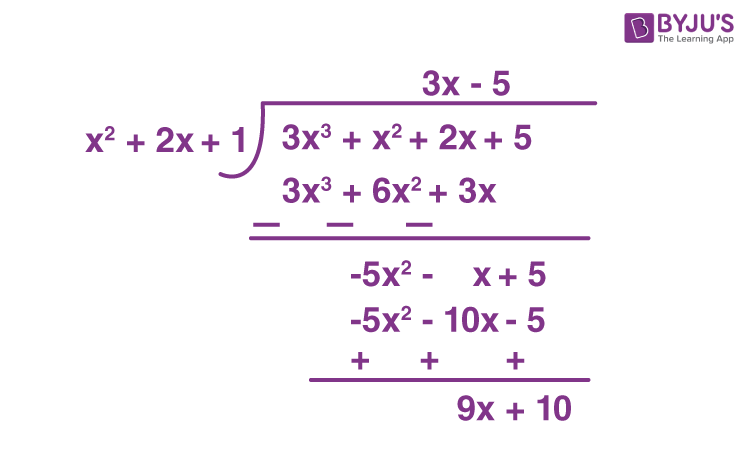 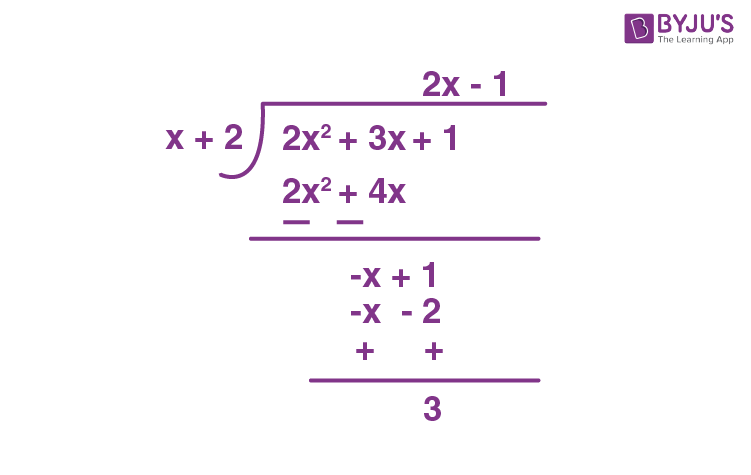 Keep visiting BYJU’S – The Learning App and download the app to learn all Maths-related articles easily by exploring more videos.