In our day-to-day life, we observe that the variation in values of some quantity depends upon the variation in values of some other quantity. Inverse variation means that a variable is inversely varying with respect to another variable. Hence, a variable is inversely proportional to another variable. For example: if the distance travelled by train at constant speed increases then the time taken by it increases too and vice versa. If the number of people is added to a job, the time taken to accomplish the job decreases. 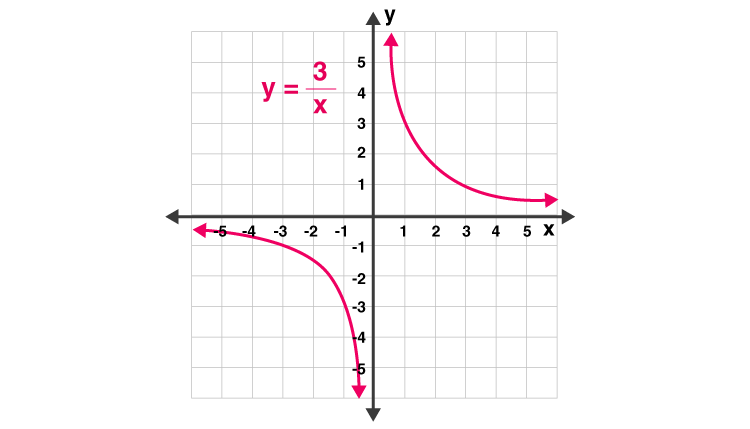 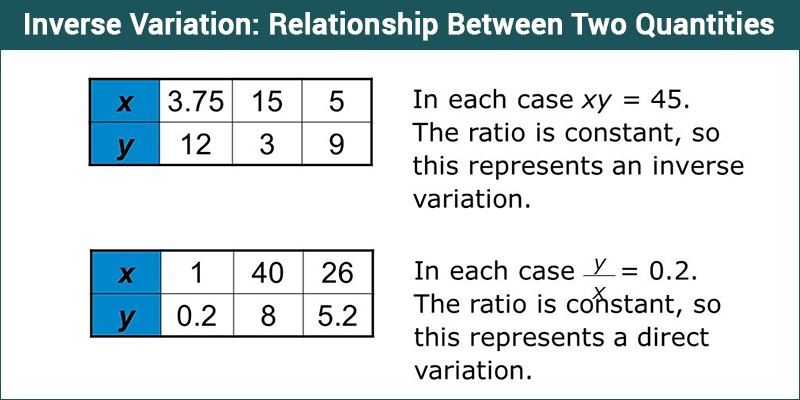 Where x and y are the value of two quantities and k is a constant known as the constant of proportionality. If x1, y1 are initial values and x2, y2 are final values of quantities existing in inverse variation. They can be expressed as,

As per the inverse variation formula, if any variable x is inversely proportional to another variable y, then the variables x and y are represented by the formula:

where k is any constant value.

Illustration 1: 9 pipes are required to fill a tank in 4 hours. How long will it take if 12 pipes of the same type are used?

Illustration 2: If 24 workers can build a house in 40 days, how many workers will be required to build the same house in 20 days?

Illustration 3: There are 100 students in a hostel. Food provision for them is for 20 days. After 8 days 20 new students entered into the hostel. How long will this provision last now?

For a detailed discussion on the concept of inverse variation and Inverse Variation Formula and developing a relationship between two quantities, download BYJU’S – The learning App.