Subsets of Set of Real Numbers

What are Real numbers?

What is a subset?

The mathematical definition of a subset is given below:

A set A is a subset of a set B if every element of A is also an element of B. In other words, A ⊂ B if whenever a ∈ A, then a ∈ B. It is often convenient to use the symbol “⇒” which means implies. Using this symbol, we can also write the definition of the subset as,

What are the Subsets of Real Numbers?

There are many important subsets of R and they are:

Some of the apparent relations among these subsets are: 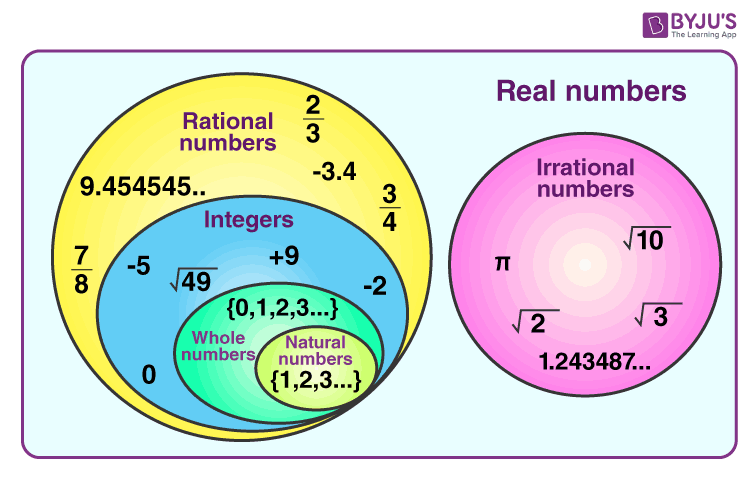 Thus, we can conclude the following statements.