In Mathematics, Calculus is a branch that deals with the study of the rate of change of a function. Calculus plays an integral role in many fields such as Science, Engineering, Navigation, and so on. Generally, calculus is used to develop a Mathematical model to get an optimal solution. We know that calculus can be classified into two different types, such as differential calculus and integral calculus. But we might not be aware of vector calculus. In this article, we are going to discuss the definition of vector calculus, formulas, applications, line integrals, the surface integrals, in detail.

Vector Calculus, also known as vector analysis, deals with the differentiation and integration of vector field, especially in the three-dimensional Euclidean space. Vector fields represent the distribution of a vector to each point in the subset of space. In Euclidean Space, the vector field on a domain is represented as a vector-valued function that compares the n-tuple of real numbers to each point on the domain. Vector analysis is an analysis which deals with the quantities that have both magnitude and direction. Vector calculus deals with two integrals such as line integrals and surface integrals.

Some of the important vector calculus formulas are given below:

From fundamental theorems, we take,

If F = ∇f and curve C has endpoints A and B, then

The list of Vector Calculus identities are given below for different functions such as Gradient function, Divergence function, Curl function, Laplacian function, and degree two functions. 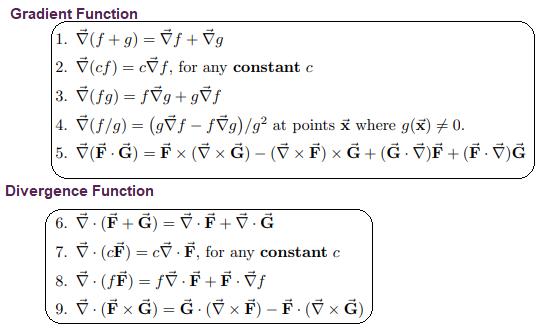 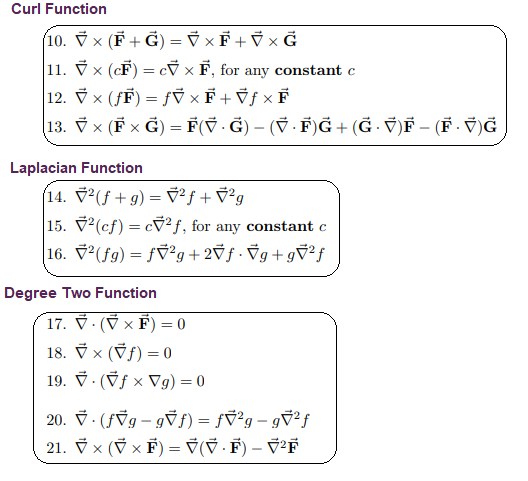 Vector Calculus plays an important role in the different fields such as;

To learn more on vector calculus, register with BYJU’S – The Learning App and download the app to learn with ease.