In mathematics, calculus is a branch that deals with finding the different properties of integrals and derivatives of functions.  It is based on the summation of the infinitesimal differences. Calculus is the study of continuous change of a function or a rate of change of a function. It has two major branches and those two fields are related to each by the fundamental theorem of calculus. The two different branches are:

A function is defined as a relation from a set of inputs to the set of outputs in which each input is exactly associated with one output. The function is represented by “f(x)”.

The limit is an important thing in calculus. Limits are used to define the continuity, integrals, and derivatives in the calculus. The limit of a function is defined as follows:

Let us take the function as “f” which is defined on some open interval that contains some numbers, say “a”, except possibly at “a” itself, then the limit of a function f(x) is written as:

An interval is defined as the range of numbers that are present between the two given numbers. intervals can be classified into two types namely: 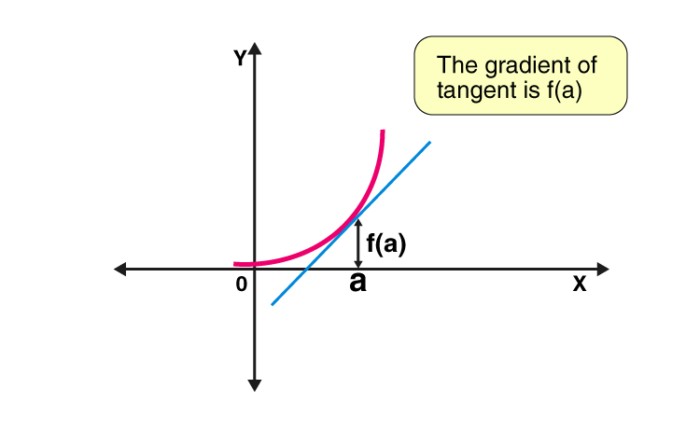 Graphically, we define a derivative as the slope of the tangent, that meets at a point in the curve or which gives derivative at the point where tangent meets the curve. Differentiation has many applications in various fields. Checking the rate of change in temperature of the atmosphere or deriving physics equations based on measurement and units, etc, are the common examples.

In the same way, there are differential calculus problems which have questions related to differentiation and derivatives. Here in this article, we will provide you with formulas to solve all those problems.

Suppose we have a function f(x), the rate of change of a function with respect to x at a certain point ‘o’ lying in its domain can be written as; 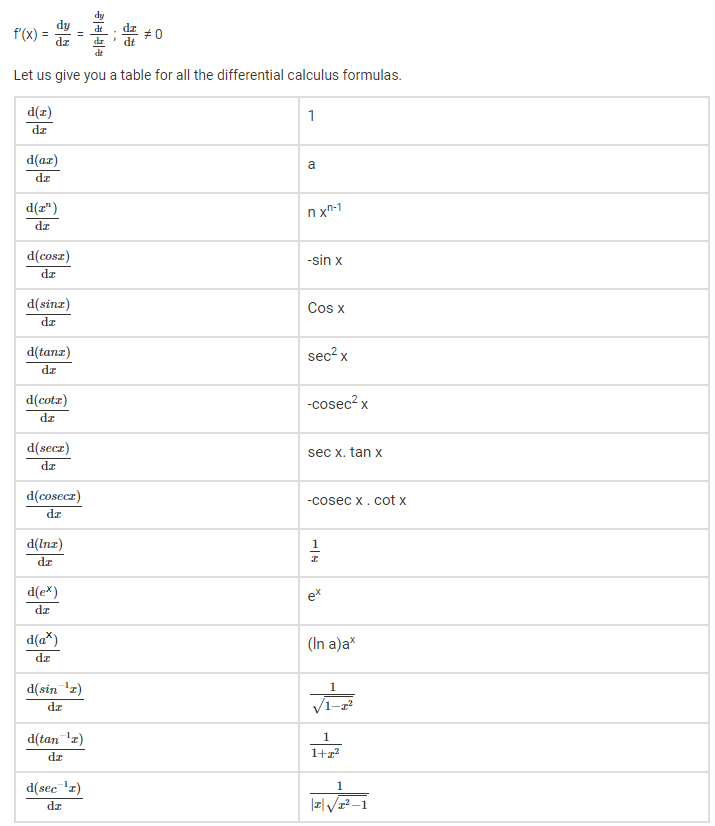 In mathematics, differential calculus is used,

Real-life applications of differential calculus are:

Go through the given differential calculus examples below:

Differentiating both sides, we get,

Learn more Maths formulas and problems with us and download BYJU’S – The Learning App for interactive videos.