Green’s theorem is mainly used for the integration of the line combined with a curved plane. This theorem shows the relationship between a line integral and a surface integral. It is related to many theorems such as Gauss theorem, Stokes theorem.

Green’s theorem is used to integrate the derivatives in a particular plane. If a line integral is given, it is converted into a surface integral or the double integral or vice versa using this theorem. In this article, you are going to learn what is Green’s Theorem, its statement, proof, formula, applications and examples in detail.

What is Green’s Theorem?

Let C be the positively oriented, smooth, and simple closed curve in a plane, and D be the region bounded by the C. If L and M are the functions of (x, y) defined on the open region, containing D and have continuous partial derivatives, then the Green’s theorem is stated as

Where the path integral is traversed counterclockwise along with C.

The proof of Green’s theorem is given here. As per the statement, L and M are the functions of (x, y) defined on the open region, containing D and having continuous partial derivatives. So based on this we need to prove: 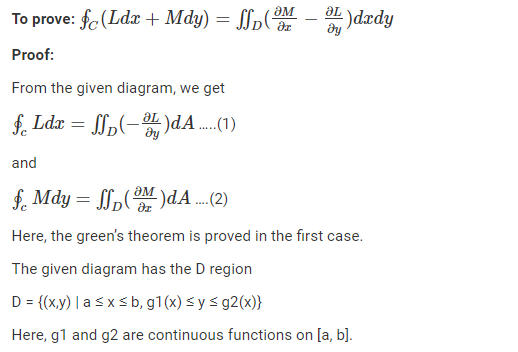 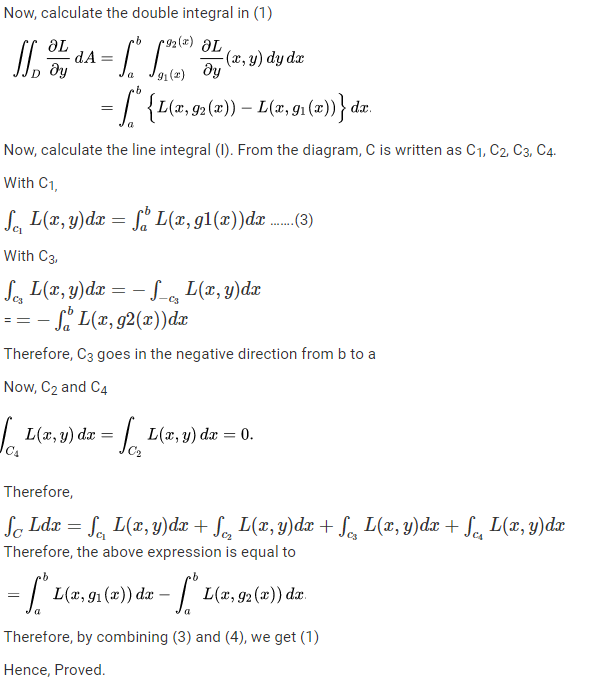 With the help of Green’s theorem, it is possible to find the area of the closed curves.

If in the formula,

Therefore, the line integral defined by Green’s theorem gives the area of the closed curve. Therefore, we can write the area formulas as:

If Σ is the surface Z which is equal to the function f(x, y) over the region R and the Σ lies in V, then

It reduces the surface integral to an ordinary double integral.

Green’s Gauss theorem can be stated from the above expression.

Let us solve an example based on Green’s theorem. 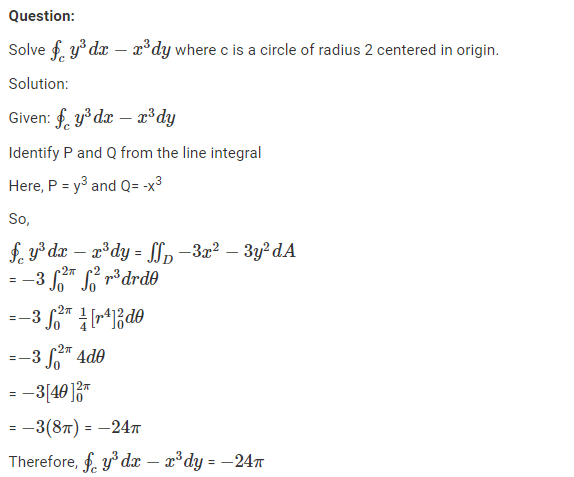 Green’s Theorem is the particular case of Stokes Theorem in which the surface lies entirely in the plane. But with simpler forms. Particularly in a vector field in the plane. Also, it is used to calculate the area; the tangent vector to the boundary is rotated 90° in a clockwise direction to become the outward-pointing normal vector to derive Green’s Theorem’s divergence form.

For more Maths-related theorems and examples, download BYJU’S – The Learning App and also watch engaging videos to learn with ease.