Congruence of Triangles: Congruence is the term used to define an object and its mirror image. Two objects or shapes are said to be congruent if they superimpose on each other. Their shape and dimensions are the same. In the case of geometric figures, line segments with the same length are congruent and angle with same measure are congruent. CPCT is the term, we come across when we learn about the congruent triangle. Let’s see the condition for triangles to be congruent with proof.

A polygon made of three line segments forming three angles is known as Triangle.

Two triangles are said to be congruent if their sides have the same length and angles have same measure. Thus two triangles can be superimposed side to side and angle to angle.

In the above figure, Δ ABC and Δ PQR are congruent triangles. This means,

Congruent triangles are triangles having corresponding sides and angles to be equal. Congruence is denoted by the symbol ≅.  They have the same area and the same perimeter. 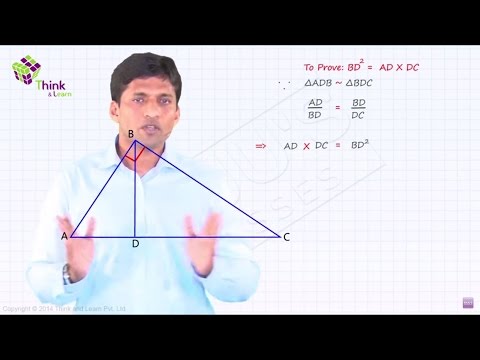 The full form of CPCT is Corresponding parts of Congruent triangles. Congruency can be predicted without actually measuring the sides and angles of a triangle. Different rules of congruency are as follows.

If all the three sides of one triangle are equivalent to the corresponding three sides of the second triangle, then the two triangles are said to be congruent by SSS rule.

In above given figure, sides AB= PQ, AC=PR and angle between AC and AB equal to angle between PR and PQ i.e. ∠A = ∠P. Hence, Δ ABC ≅ Δ PQR. 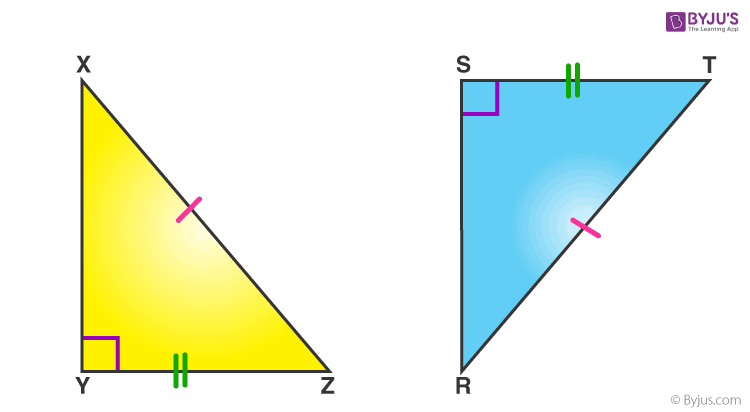 For more details visit and register with us at BYJU’S. Also, download BYJU’S-The Learning App to enjoy personalised learning.

What are Congruent Triangles?

Two triangles are said to be congruent if the three sides and the three angles of both the angles are equal in any orientation.

What is the Full Form of CPCT?

What are the Rules of Congruency?

There are 4 main rules of congruency for triangles: