Here, we are offering you the resource for Class 8 students that you might be searching for NCERT Solutions for Class 8 English Unit 1 Poem – The Ant and the Cricket. The NCERT Solutions of Class 8 have been meticulously written by our subject-matter experts, so as to give the students a set of reliable and most accurate answers.

The poem, “The Ant and the Cricket” mentions an interesting tale of a hardworking ant who works hard every day to save enough for the winter season. On the other hand, there is a cricket who makes merry during the summer by dancing and singing. He ends up starving during the cold season as he didn’t make the best use of the available time and resources, when the weather was favourable to maintain the food stock.

These NCERT Solutions for Class 8 English are downloadable in PDF format for free through the links provided here. 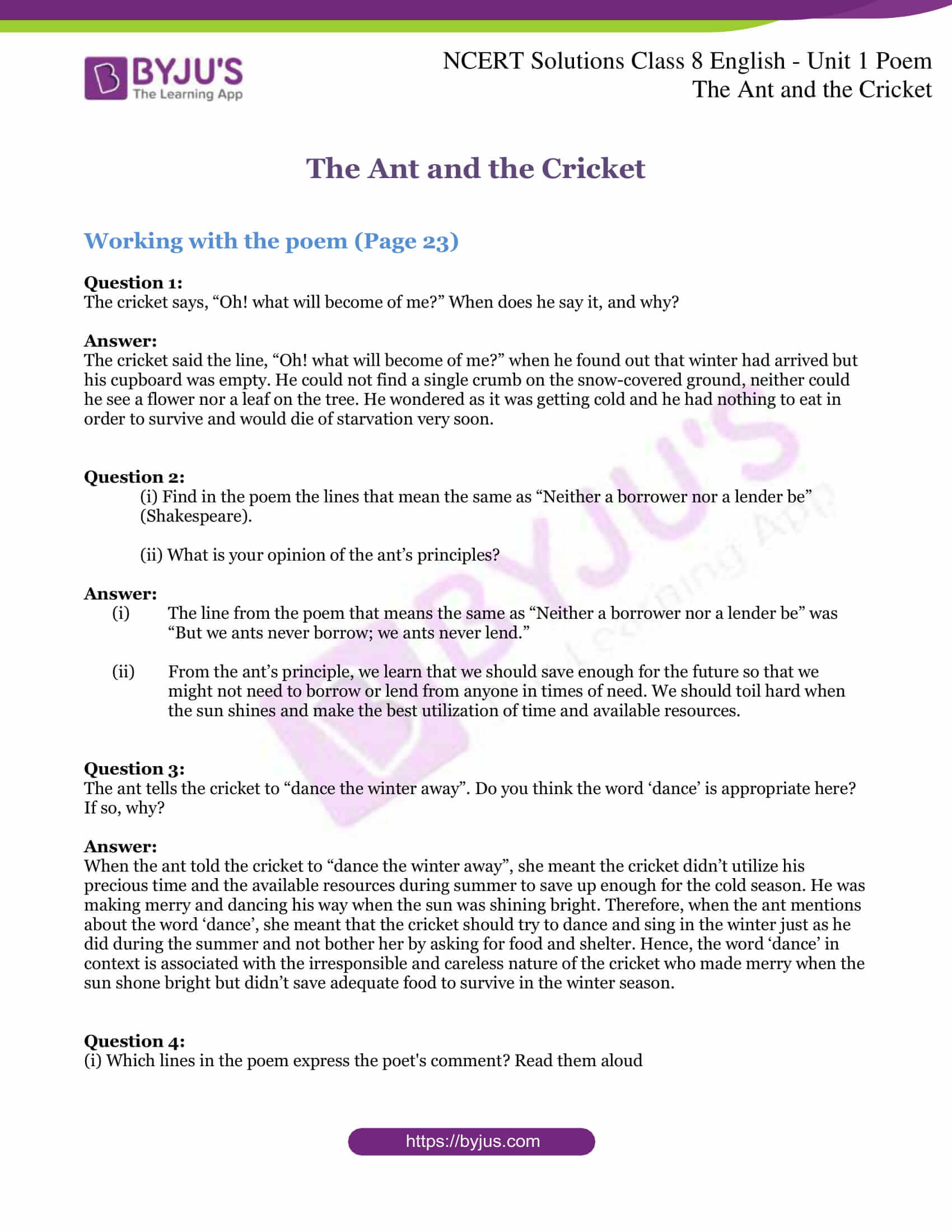 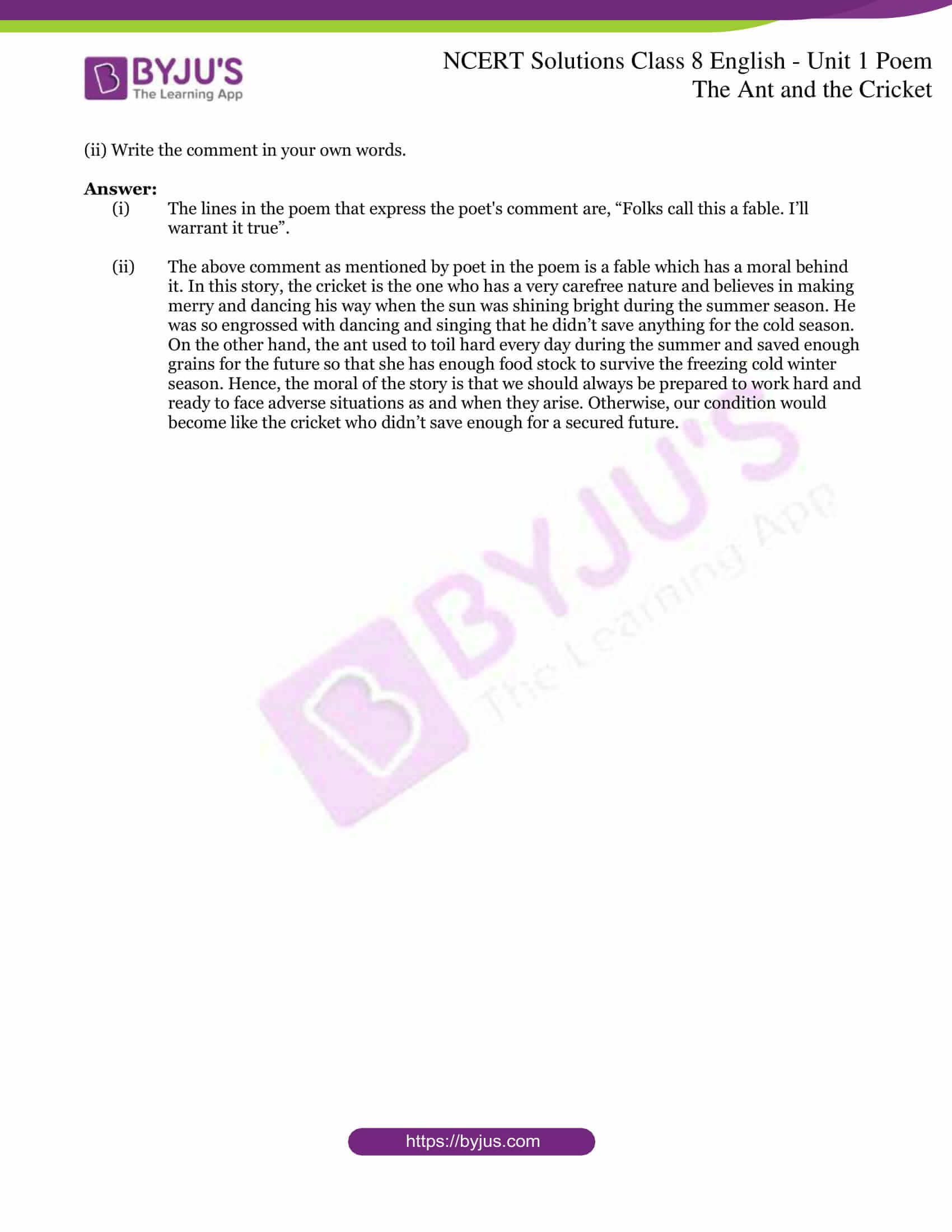 The Ant and the Cricket

Working with the poem (Page 23)

The cricket says, “Oh! what will become of me?” When does he say it, and why?

The cricket said the line, “Oh! what will become of me?” when he found out that winter had arrived but his cupboard was empty. He could not find a single crumb on the snow-covered ground, neither could he see a flower nor a leaf on the tree. He wondered as it was getting cold and he had nothing to eat in order to survive and would die of starvation very soon.

(i) Find in the poem the lines that mean the same as “Neither a borrower nor a lender be” (Shakespeare).

(ii) What is your opinion of the ant’s principles?

The ant tells the cricket to “dance the winter away”. Do you think the word ‘dance’ is appropriate here? If so, why?

When the ant told the cricket to “dance the winter away”, she meant the cricket didn’t utilize his precious time and the available resources during summer to save up enough for the cold season. He was making merry and dancing his way when the sun was shining bright. Therefore, when the ant mentions about the word ‘dance’, she meant that the cricket should try to dance and sing in the winter just as he did during the summer and not bother her by asking for food and shelter. Hence, the word ‘dance’ in context is associated with the irresponsible and careless nature of the cricket who made merry when the sun shone bright but didn’t save adequate food to survive in the winter season.

(i) Which lines in the poem express the poet’s comment? Read them aloud