In 1900, in the presence of bromoalkene, Victor Grignard found that magnesium metal had dissolved in ether. The resulting compound, then called the Grignard reagent, has reacted to the formation of new products with different types of molecules (aldehydes or ketones).

This reaction, later called the Grignard reaction, was published in the “Comptes Rendus Hebdomadaires de l’Académie des Sciences” as a communication, and was immediately a hit. Grignard was awarded the PhD title from the University of Lyon in 1901, and the Nobel Prize in Chemistry 11 years later, at the age of 41.

Reactions of Aldehyde and Ketone 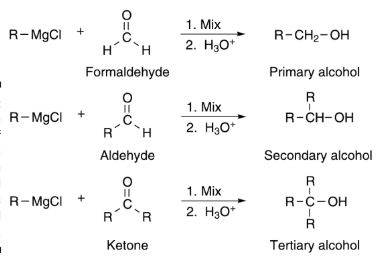 This is commonly referred to as a Grignard reagent or an organomagnesium halide such as phenylmagnesium bromide (PhMgBr). Other examples of familiar organometallic compounds include organolithium reactives (RLi) and diorgano cuprates of lithium (R2CuLi, Gilman reactive).

Organometallic compounds are widely used both as stoichiometric reagents and as catalysts to permit basic or complex organic transformations impossible to achieve with conventional organic reagents. 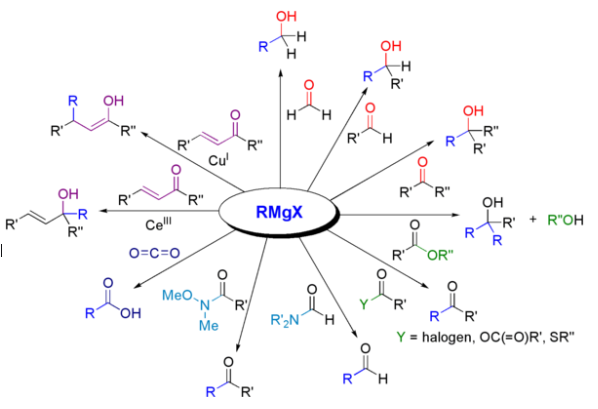 Unless the conditions are purely anhydrous, the Grignard reactions fail. If only a trace of water or some other source of slightly acidic protons is present, the alkyl halide reaction with the Mg will not even begin. Therefore, all reagents must be dried carefully before beginning the reaction, as must all glassware.