Ecology is the study of interaction among biotic and abiotic components. Ernst Haeckel coined the term ‘Ecology’.

At the organismic level, ecology tells us how organisms are adapted for their survival and reproduction.

There are different kinds of habitat present on earth. It is due to variation in heat and temperature they are exposed to, as a result of rotation around its own axis and revolution around the sun. Life exists at favourable as well as extreme conditions.

Habitat: Habitat is the natural environment of an organism, where it thrives. Organisms develop adaptations, which is best suited for survival.

Niche: It includes all the specific requirements such as resources and conditions required by an organism. It tells about the functional role that each organism plays in an ecosystem.

The major abiotic factors of an ecosystem are temperature, water, light and soil.

Eurythermal: Tolerance to a wide range of temperatures.

Stenothermal: Intolerance to a wide range of temperatures.

Conform: Most plants and animals cannot maintain their internal temperature and they are known as poikilotherms.

Polar bears Hibernate to save themselves from winters. Some fish and snails go into aestivation in summers.

Diapause is a stage of suspended development of zooplankton under unfavourable conditions.

Adaptations: Over a period of time, all organisms develop certain adaptations to survive and reproduce in their habitats. They can be morphological, behavioural or physiological.

Examples of adaptations: Blubber found in seals reduces the loss of body heat so they are adapted to live in colder regions.

Himalayan tribes have a high R.B.C. content to compensate for low oxygen levels in the hills.

Basking in the sun by desert lizards to absorb heat and hiding in a burrow to escape the heat of the desert are some of the behavioural adaptations.

Population refers to the members of an inbreeding species living in a geographical area. They compete for similar resources.

Population density or population size refers to the biomass or percent cover of a population. Measuring it by the number of organisms will not be a good idea for all the species.

Most of the time we estimate population size indirectly rather than counting each and every organism. E.g. Population density of fish in a lake can be estimated by fish caught per trap. Tiger census is estimated by faecal pellets and pugmarks.

Growth of a population follows a specific pattern. There are two main types of models: 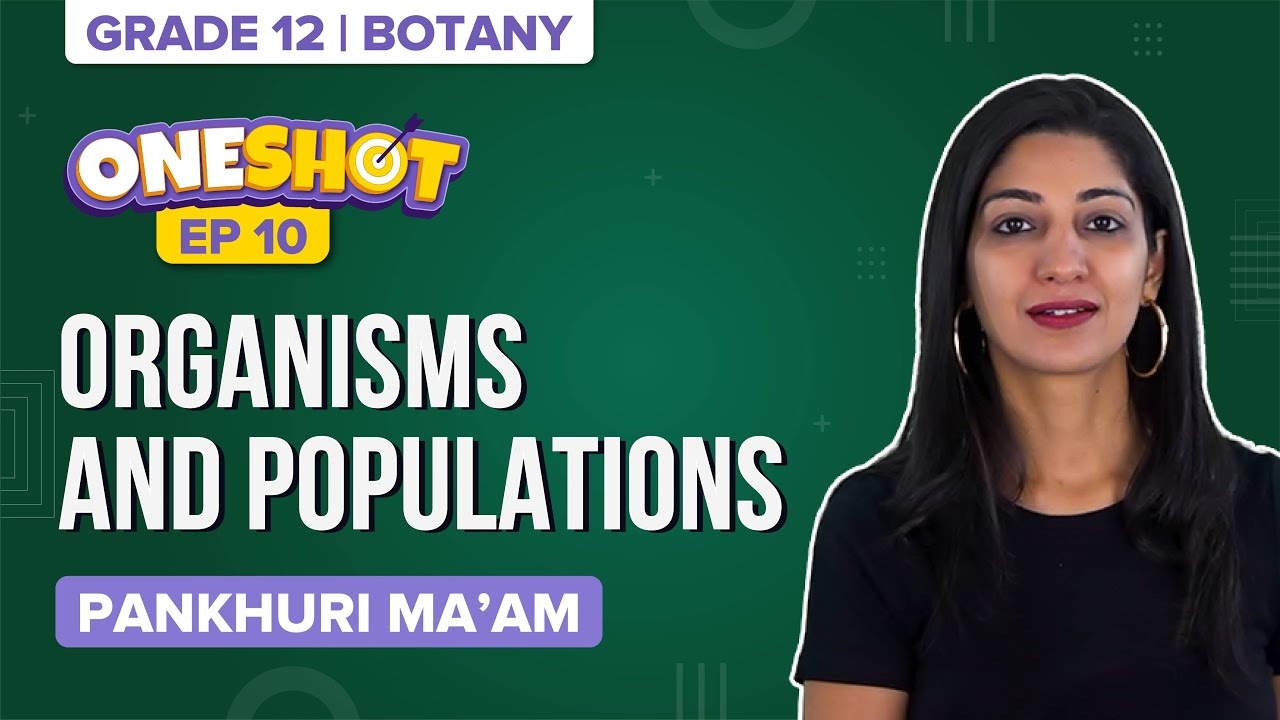 Flashcards Of Biology For NEET Organisms And Populations