Other than sclerenchyma, collenchyma and parenchyma are also simple tissues. 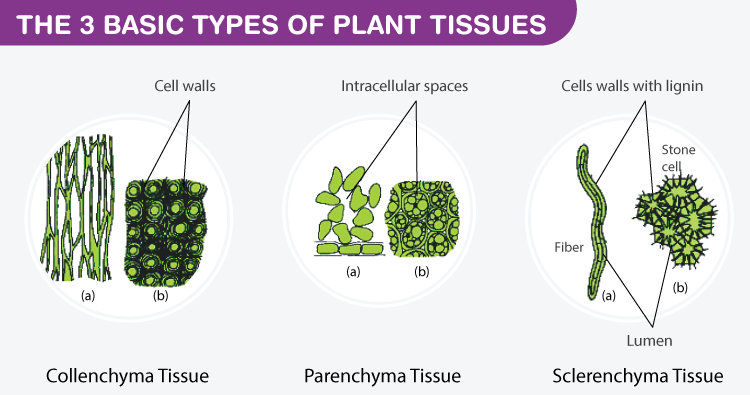 It is a supportive tissue and is usually made up of dead cells with highly thickened lignified walls. It is mostly present in the mature parts of the plant. 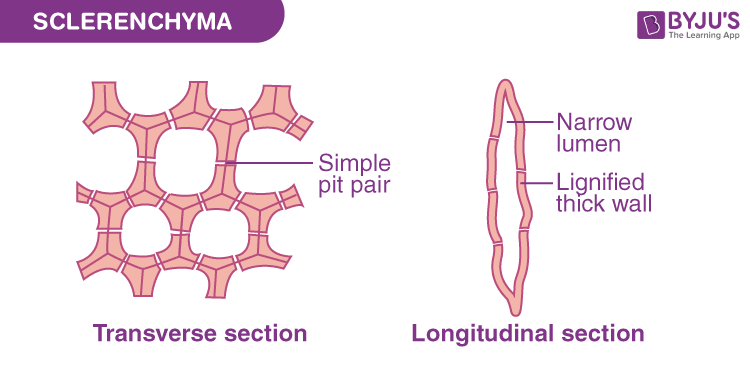 Sclerenchyma is classified into two types based on their structure, origin and development. They are sclereids and fibres.

Sclereids are short, isodiametric or irregular in shape. Their characteristics are:

There are six types of sclereids found. They are:

There are mainly two types of fibres. They are intraxylary and extraxylary fibres.

Some examples of fibres are:

The main function of sclerenchyma is to provide mechanical support and strength to the plants.

This was in detail about sclerenchyma. Explore notes on other important concepts related to NEET, only at BYJU’S.