Cells with the same structure and functionality constitute a tissue

Plants tissues are of two types:

Below is a mind map that can help you to revise the plant tissue system in a few minutes. 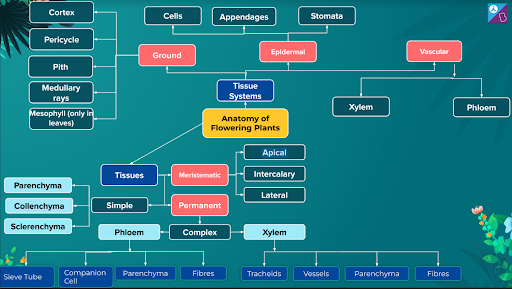 Find this mind map that points out the differences between dicot and monocot roots, stems and leaves. 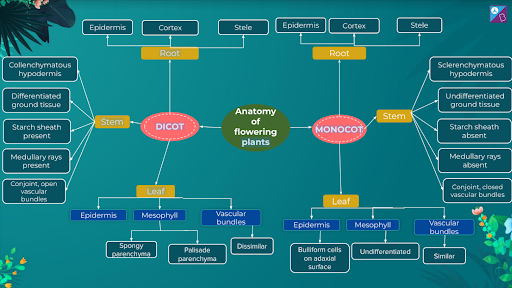 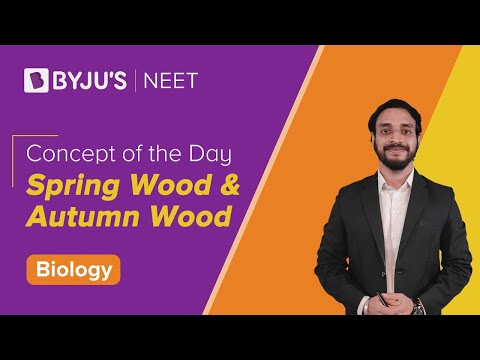 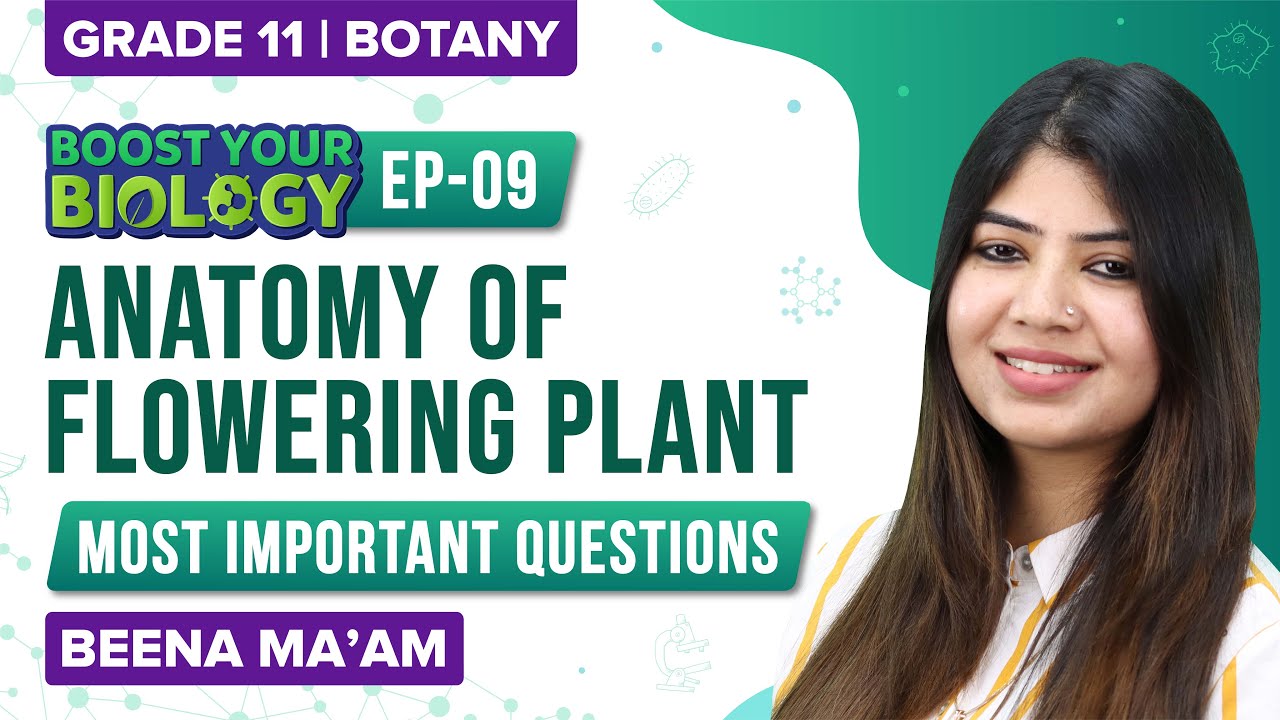 Quickly revise the concpet of secondary growth in dicot stem and root with this mind map. 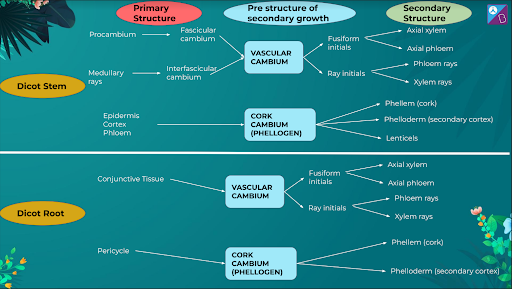 Flashcards Of Biology For NEET Anatomy Of Flowering Plants