Work, energy, and power are the most commonly used terms in Physics.

Power is defined as the work done in unit time.

1. By how much does kinetic energy increase if the momentum is increased by 20%

3. Calculate the final kinetic energy of a block of mass if the mass of the block is 10kg and has a constant velocity of 10m/s. The block of mass is subjected to a retarding force of F=0.1J/m

5. What is the power of the engine when the velocity of the car is v, mass m, acceleration a, and external resistance R

6. Consider an object with m as its mass such that it is accelerated uniformly from rest and the speed attained by the object is v in T time.  Calculate the instantaneous power that is delivered to the body in terms of function of time

7. A ball is thrown from a height of 20 m vertically downward and has an initial velocity of \(v_{0}^{2}\). As the stone collides with the ground 50% of its energy is lost and bounce back to the same height. What is the initial velocity?

8. Consider a particle of mass m which is driven by a machine that has a constant power k Watts. What is the force on the particle at time t if the particle starts from the rest?

9. When can one say that work is done on the body

(a) When the body experiences force

(c) When the body moves a certain distance

Answer: (b) When there is an increase in energy because of mechanical influence

10. Select the incorrect statement for the given situation: Two bodies with mass m1 and m2 undergo elastic collision

(a) When m1 and m2 is at rest, the kinetic energy transferred will be maximum

(d) When m1 < m2, the transfer of momentum will be maximum

Answer: (c) When m1 > m2, m2 will move with four times increase in its velocity than m1

12. What is the ratio of velocities of a nucleus that splits into two parts with radii 1:2

13. What is the relation between E, P, and E if E is kinetic energy, P is momentum, and V is the velocity of the particle

Stay tuned with BYJU’S to learn more about other Physics concepts related to NEET. 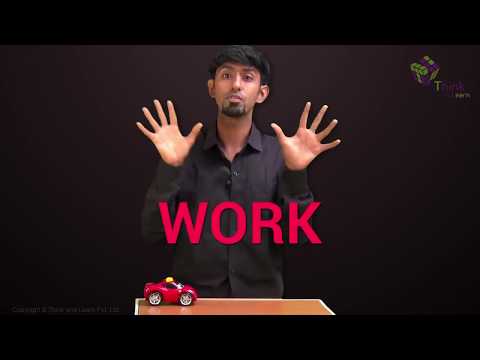