Differences Between Acceleration and Velocity 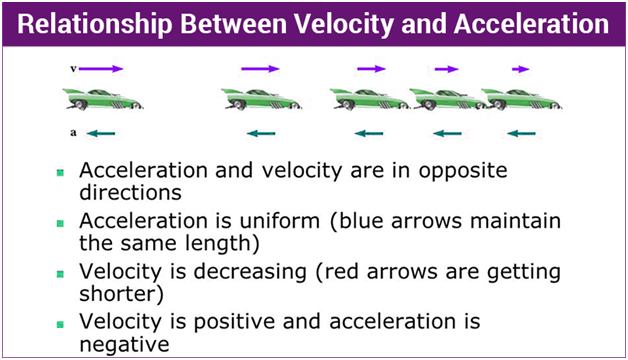 Acceleration is a vector quantity that is defined as the rate at which an object changes its velocity. An object is accelerating if it is changing its velocity. As velocity is an example of vector, it has direction and magnitude. So we can explain the acceleration in any of these three ways:

Below is the table of related articles explaining acceleration and velocity:

Simply put, the force causes an object to accelerate, while the object’s mass resists acceleration.

The amount of motion normalized to time is defined to be the velocity of the object. It is thus the displacement of the object divided by the time required to make the displacement. [The object in Tissue Tracking Echocardiography (TTE) is mainly a single point or a Region of Interest (ROI).] Hence, its unit is cm/s.

Velocity is used to describe how fast the myocardium moves in a particular direction. During systole myocardium travels towards apex and velocities are positive in nature. During diastole heart muscle moves to its initial position and diastolic velocities are negative. Displacement is the measure defining how far a myocardial segment moves from an initial point. In fetal echocardiography, its unit is mm and indicated positively.
Stay tuned with BYJU’S to learn more about acceleration, velocity, and much more.

Test your knowledge on Acceleration and velocity differences
Q5