What is an anomalous expansion of water? Learn about this property of water, along with an in-depth explanation.

Water occupies a very commonplace in our lives and is considered to be a typical liquid. So much so that the search for extraterrestrial life begins with a search for water. In reality, water is one of the most unusual liquids you will ever encounter. We know that life on earth depends on the unique properties of water. As a gas, water is one of the lightest gases known; it is much denser than its solid form as a liquid. These unusual properties of water have a significant bearing on us. In this article, let us take an in-depth look at the anomalous expansion of water. 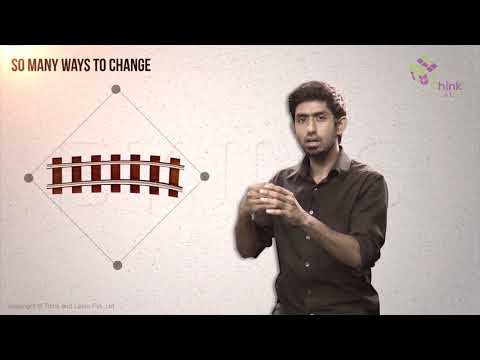 A common observation seen in the behaviour of the substances is that they expand when heated as the density decreases and vice versa when the material is cooled. This is how substances generally react to heat. Let us now look at how water behaves when heated.

The general tendency of cold water remains unchanged until 4o C. The density of water gradually increases as you cool it. When you reach 4oC, its density reaches a maximum. What water does next will astound you. When you cool it further to make some ice, i.e. 0oC, water expands with a further drop in temperature, meaning the density of water decreases when you cool it from 4oC to 0oC. The below graph explains this behaviour.

The effect of this expansion of water is that the coldest water is always present on the surface. Since water at 4oC is the heaviest, this water settles on the bottom of the water body and the lightest, i.e. the coldest layer, accumulates on the top layer. So in the winter, the top of the water is always the first to freeze over. Since ice and water both are bad conductors of heat, this top layer of ice insulates the rest of the water body from the cold of the winter, thereby protecting all the life in the water body. Now you can truly comprehend how essential the anomalous properties of water are for life.

Why does it happen?

So, the water freezing over into ice is held together not by the O-O attraction but by the H-O attraction. The lattice arrangement of ice prevents the movement of water molecules. But since the H-O is not quite as tight as the O-O bond, it experiences a little expansion once the H-O bond takes over. It is like people packed in a busy subway. More of them can fit into the subway if they tuck their hands inside their pockets than if they all hold hands and stand. This arrangement is stronger, and it also occupies more space. Water experiences this same effect.

Test Your Knowledge On Properties Of Water Anomalous Expansion Of Water!
Q5