To find resistance of a given wire using metre bridge and hence determine the resistivity (specific resistance) of its material.

Metre bridge apparatus is also known as a slide wire bridge. It is fixed on the wooden block and consists of a long wire with a uniform cross-sectional area. It has two gaps formed using thick metal strips to make the Wheatstone’s bridge.

Then according to Wheatstone’s principle, we have:

The unknown resistance can be calculated as:

Then the specific resistance of the material of the is calculated as: 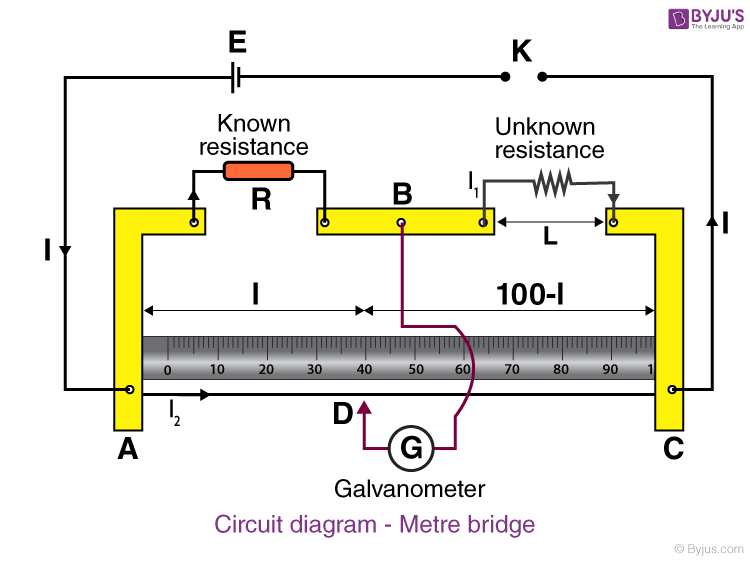 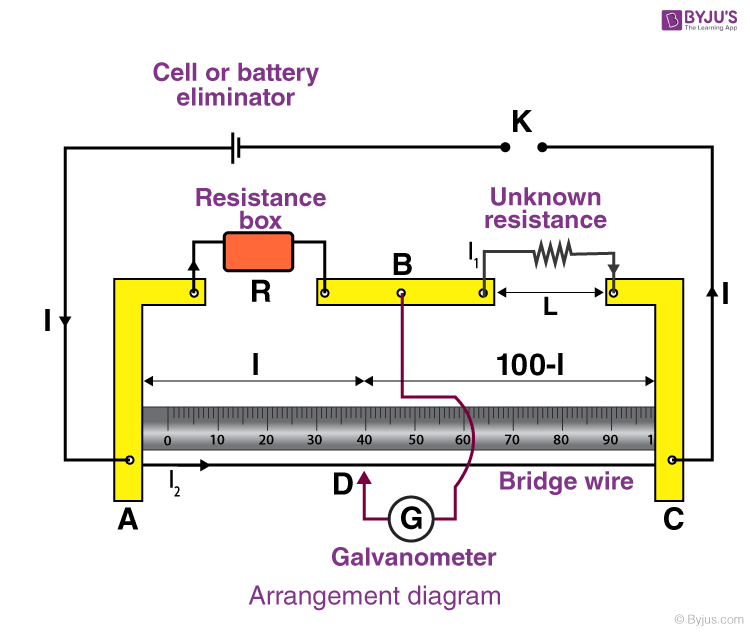 Least count of the screw gauge

Radius of the resistance wire

The value of l is determined from the position of D and recorded in column 3 of table 1.

Calculate X and write in column 5,

Specific resistance of the material of the given wire,

Standard value of the specific resistance of the material of the given wire,

Q1. Why is metre bridge called so?

Ans: It is called metre bridge because the bridges use one-meter long wire.

Ans: Null point is defined as the point at which galvanometer reads 0 deflections.

Q3. Why is bridge method better than Ohms law of measurement?

Ans: Bridge method is better than the Ohms law of measurement because of the null method.

Q4. What is the range of measurement of resistance using a Wheatstone bridge?

Ans: The range of measurement of resistance using a Wheatstone bridge is between 1Ω to a few megaohms.

Q5. How can a Wheatstone bridge be used for the measurement of physical parameters?

Ans: Wheatstone bridge is used to measure the physical parameters like temperature, light, etc using an operational amplifier and rectifiers are used for the conversion of A.C to D.C.

Stay tuned with BYJU’S to learn more about other Physics related experiments.