Animal cells are eukaryotic cells that contain a membrane-bound nucleus. They are different from plant cells in that they do contain cell walls and chloroplast.

The animal cell diagram is widely asked in Class 10 and 12 examinations and is beneficial to understand the structure and functions of an animal. A brief explanation of the different parts of an animal cell along with a well-labelled diagram is mentioned below for reference. 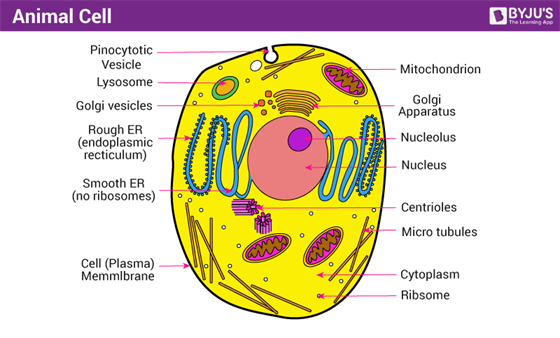