The endoplasmic reticulum is a network of membranes that is present inside eukaryotic cells. These structures are responsible for the production and transportation of proteins, fats and other essential molecules required for the functioning of a cell. 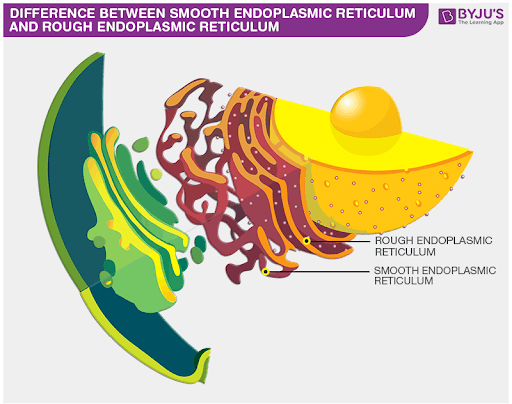 Difference Between RER and SER

Although an essential component of the cell, not every type of cell has an endoplasmic reticulum, for instance, red blood cells do not have an ER.

Cells that play an important role in the production of proteins and oils have large amounts of ER. Structurally, there are two types of endoplasmic reticulum in a cell. They are:

The most basic difference between RER and SER is the presence of ribosomes. When ribosomes attach to the surface of an ER, it gives a characteristic rough appearance; hence it is called Rough ER. On the other hand, a smooth ER does not have ribosomes on its surface.

For more details on the difference between the RER and SER, keep visiting BYJU’S website or download the BYJU’S app for further reference.