Ethylene is a group of plant growth regulators which are widely used for ripening fruits and for the production of more flowers and fruits.

Ethylene is a small hydrocarbon, the colourless flammable gas which is denoted by a formula C2H4 or H2C=CH2. Ethene is the IUPAC name for ethylene. It has a “sweet and musky” odour when it is pure. It is the simplest alkene and also the second simplest unsaturated hydrocarbon C2H2.

Ethylene is abundantly used in the chemical industry, and the polyethene is extremely produced using ethylene. Further, ethylene is also used in agricultural practices to ripen fruits, germination of the seed, etc. 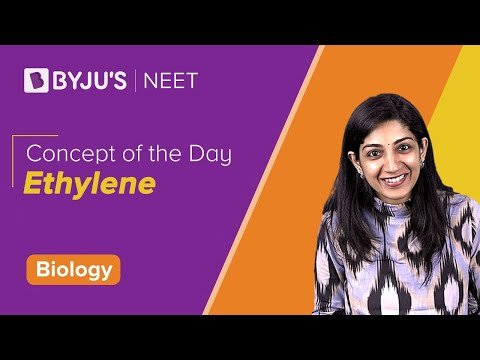 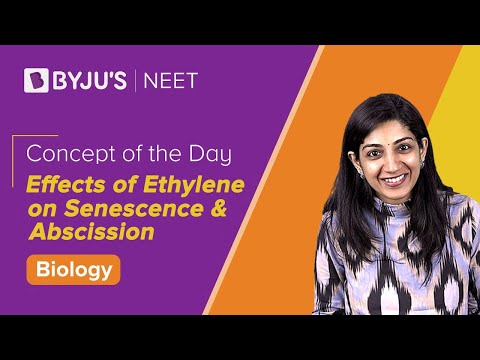 Let us have a look at the ethene structure and formula.

Ethylene is a hydrocarbon. As the name suggests it has four atoms of hydrogen bonds that are paired with carbon atoms with a double bond. All these six atoms H-C-H form an angle of 117.4°, close to the 120° to form a hybridized carbon sp². Further, the bond is rigid about the C-C bond with high energy process by breaking the π-bond. 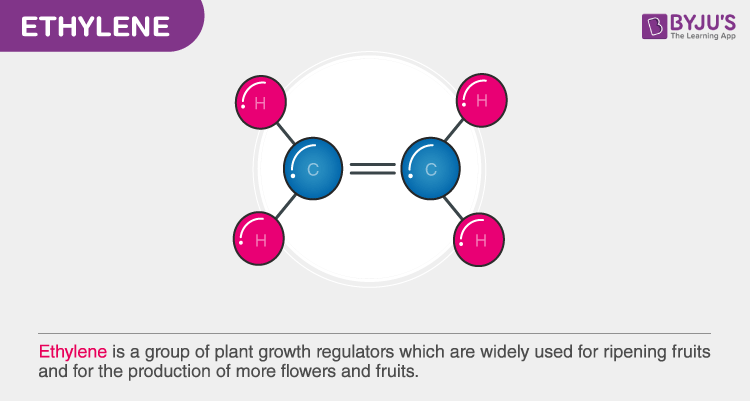 The ethylene formula is written as:

Ethylene as a Plant Hormone

The ethylene in a plant growth regulator that acts as a trace level of entire plant life by regulating and stimulating the opening of flowers, fruit ripening and shedding of leaves.

During the ancient days, Egyptians used this technique with gash figs to stimulate ripening. While the Chinese burn incense in a closed room to fasten the ripening of pears. This plant hormone is essentially produced in all parts of grown plants including roots, stems, tubers, leaves, flower, fruits and seeds. 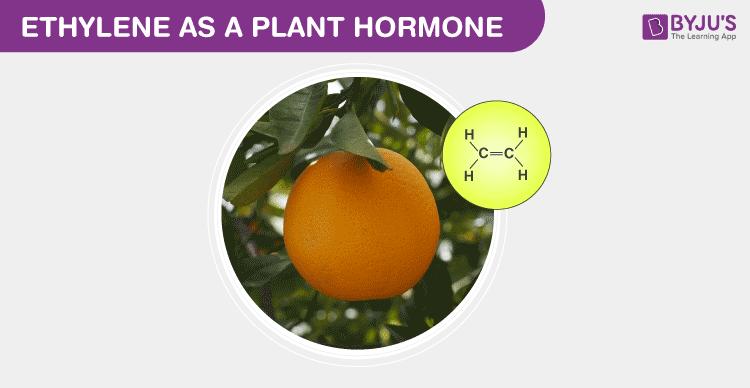 Ethylene is the most widely used plant growth regulator as it plays a vital role in:

Following are the important function of ethylene:

Ethylene stimulates horizontal growth and the swelling of the axis. It inhibits the growth in the longitudinal direction.

It reduces the sensitivity to gravity. The stems become positively geotropic and the leaves and flowers undergo drooping.

It speeds up the senescence of flowers and leaves.

Ethylene stimulates the abscission of flowers, leaves, fruits and other parts of the plant. It helps in the formation of hydrolases.

It prolongs dormancy of lateral buds and promotes apical dominance.

It breaks the dormancy of seeds, buds and storage organs.

Ethylene induces flowering in plants like pineapple and mango. In some plants, it also causes fading of flowers.

Following are some of the important uses of ethylene:

Ethylene is an industrial organic compound produced by heating either natural gas or petroleum to 900 °C. A mixture of gases is obtained from which ethylene is separated.

What is the important function of ethylene in plants?

Ethylene acts as a plant growth regulator. It accelerates the development process in plants such as senescence, ripening, and abscission.

How does banana ripen faster?

What is made out of ethylene?

How is ethylene produced commercially?

Commercially, ethylene is produced by steam cracking of a wide range of hydrocarbon feedstocks such as naphtha, gas oil, and condensates with coproduction of propylene, aromatics and C4 olefins.

How is ethylene produced by the plants?

How do fruits placed in paper bags ripen faster?

When the fruits are placed in paper bags, it concentrates the levels of ethylene gas which induces the ripening of the fruits.

Test your Knowledge on Ethylene!
Q5