Plants require light, water, oxygen, minerals and other nutrients for their growth and development. Apart from these external requirements, plants also depend on certain organic compounds to signal, regulate and control the growth of plants. These are collectively called Plant Growth Regulators or Plant Growth Hormones.

There are different types of Plant Growth Regulators, which are also referred to as phytohormones. Let’s learn about them in more detail below.

Plant Growth and Development – An Introduction

Plant growth regulators are the chemical substances which govern all the factors of development and growth within plants. Some other names used to refer to it are phytohormones and plant growth hormones.

Phytohormones are organic compounds which are either synthesized in laboratories or produced naturally within the plants.  They profoundly control and modify the physiological processes like the growth, development, and movement of plants.

Based on their actions, plant growth regulators are broadly classified into two major groups:

Ethylene can be grouped either into the promoters or into the plant inhibitors.

Let us have a detailed look on the plant growth and development before studying plant hormones or plant growth regulators.

The meristematic cells present at the root and shoot apices divide mitotically and increase the length of the plant body. This is known as primary growth. Secondary growth is referred to as the increase in the diameter of the plant body by the division of the secondary meristem.

When the plant constantly grows from the germination stage to death, it is called unlimited growth.

In this stage, the plant parts stop growing after attaining a certain size.

It involves the production of stem, leaves, and branches, except the flowers.

Flowering occurs at this type of growth stage.

There are four major factors that affect the growth of the plants. They are:

Plants are autotrophs. They require light for manufacturing their food. Limited light or the absence of it greatly affects the growth of the plant. The intensity of light, quality of light, and light duration influence the movement of stomata, chlorophyll synthesis, photosynthesis, and various other physiological factors. Light also encourages flowering and fruiting. During winters when the days are short, the growth of the plants is retarded.

Plants cannot survive without water. Around 90% of the plant body comprises water. Plants become stressed in the absence of water and die. Water present in the soil is absorbed by the plant, which absorbs and transports the nutrients along with it. Water keeps the plant hydrated.

Plant growth is greatly influenced by temperature. High temperatures speed up transpiration, photosynthesis, and germination processes. Low temperatures, however, slow down the growth of the plants.

Just like human beings, plants require proper nourishment for their growth and development. Soil nutrients are divided into macronutrients and micronutrients. Nitrogen, potassium, calcium, magnesium, sulfur, and phosphorus are the macronutrients required by the plants. The micronutrients include iron, copper, etc. Deficiency of these nutrients in plants makes them prone to several diseases. Even if a single nutrient is lacking, it results in stunted growth of the plant.

Though it was serendipity, initial steps of the discovery of major plant growth regulators began with Charles Darwin and his son, Francis Darwin. They observed the growth of coleoptiles of canary grass towards the light source-phototropism. Followed by a series of experiments, they concluded the presence of a transmittable substance that influences the growth of canary grass towards the light. That transmittable substance was what we know as auxin which was isolated later by F.W. Went. 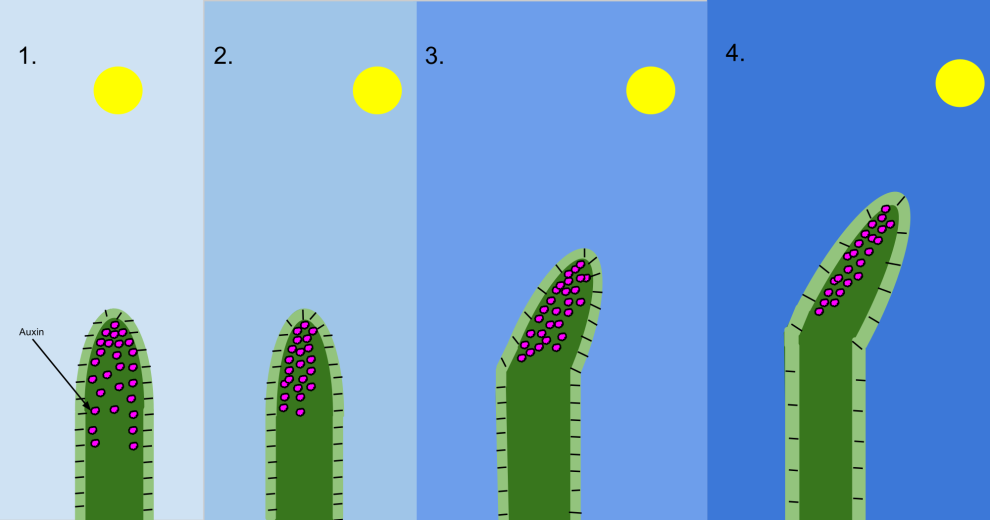 Effect of Auxin on Plant Growth

Later, many scientists discovered and isolated different plant growth regulators. Gibberellins or gibberellic acid was formerly found in uninfected rice seedlings and was reported by E. Kurosawa. F. Skoog and Miller discovered another growth-promoting substance named kinetin, which is now known as cytokinins.

These are simple organic molecules having several chemical compositions. They are also described as phytohormones, plant growth substances, or plant growth hormones.

They can accelerate as well as retard the rate of growth in plants.

Generally, there are five types of plant hormones, namely, auxin, gibberellins (GAs), cytokinins, abscisic acid (ABA) and ethylene. In addition to these, there are more derivative compounds, both natural and synthetic, which also act as plant growth regulators.

Plant growth hormones or regulators are of the following types: 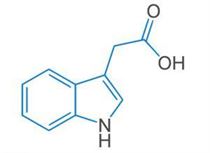 The first phytohormone to be discovered is the Auxin and it was discovered by the biologist Charles Darwin.

Auxins are one of the most important plant hormones. The chief naturally occurring auxin is indole-3 acetic acid – IAA and other related compounds. The term Auxin is derived from the Greek language meaning to grow. 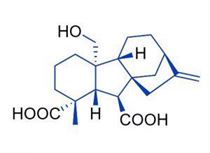 Gibberellins are an extensive chemical family based on the ent-gibberellane structure. The first gibberellin to be discovered was gibberellic acid. Now there are more than 100 types of gibberellins and are mainly gathered from a variety of organisms from fungi to higher plants.

They are acidic and are denoted as follows – GA1, GA2, GA3etc. 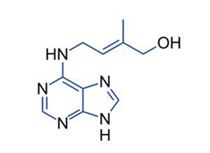 These are produced in the regions where cell division occurs; mostly in the roots and shoots. They help in the production of new leaves, lateral shoot growth, chloroplasts in leaves etc. They help in overcoming apical dominance and delay ageing of leaves. 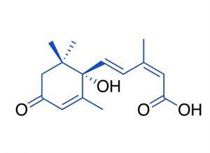 It is a growth inhibitor, which was discovered in the 1960s. It was initially called dormant. Later, another compound abscisin-II was discovered and are commonly called as abscisic acid. This growth inhibitor is synthesized within the stem, leaves, fruits, and seeds of the plant. Mostly, abscisic acid serves as an antagonist to Gibberellic acid. It is also known as the stress hormone as it helps by increasing the plant-tolerance to various types of stress. 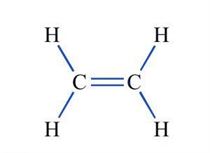 Ethylene is a simple, gaseous plant growth regulator, synthesised by most of the plant organs includes ripening fruits and ageing tissues. It is an unsaturated hydrocarbon having double covalent bonds between and adjacent to carbon atoms.

Ethylene is the most widely used plant growth regulator as it helps in regulating many physiological processes.

Thus, we see how important are the plant hormones or the plant growth regulators in the growth and development of plants. 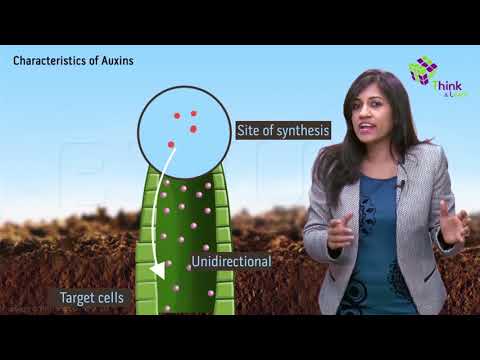 What are plant growth regulators?

Plant growth regulators are chemical substances that influence the growth and differentiation of plant cells. They are chemical messengers that facilitate intracellular communication. These are also known as plant hormones.

Give examples of a few plant growth regulators?

Auxin, cytokinin, gibberellins, abscisic acid are some of the examples of plant growth regulators. They enhance or inhibit the growth of the plants.

What is the function of auxin in plants?

Auxin is produced by the tip of the stem and helps in the elongation of cells. It promotes cell elongation, root growth and shoot growth.

What is the function of cytokinins?

Cytokinins facilitate cell division by stimulating the process of mitosis. They also help in the formation of shoots, buds, and development of fruits and seeds.

Name a plant growth inhibitor. What does it do?