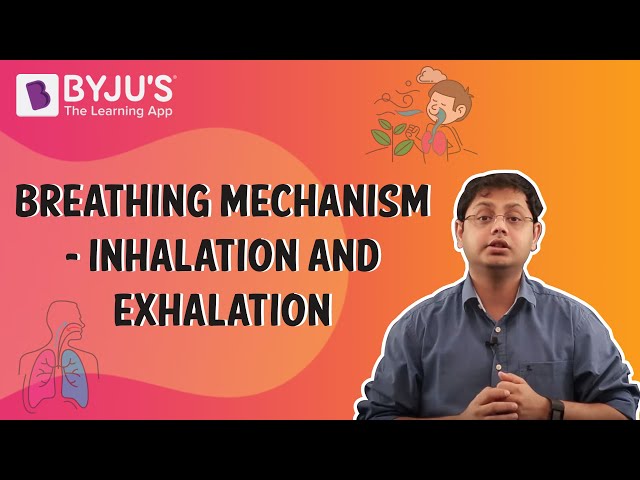 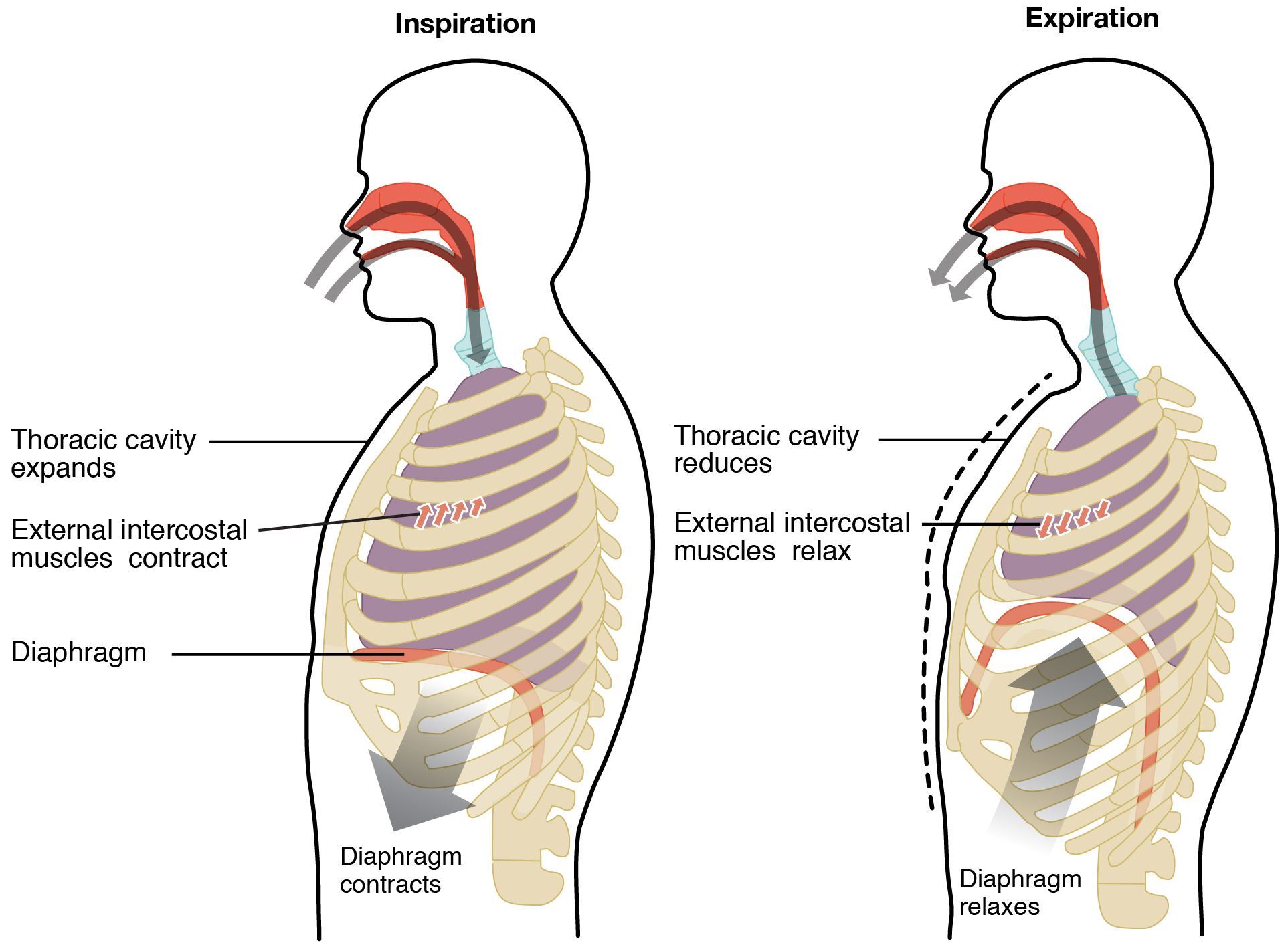 The process of inspiration and expiration during breathing