Myelin is a thick sheath of lipoprotein that insulates the nerve fibres of the myelinated neurons. It is not a continuous sheath and is absent at regular intervals. The region where the myelin sheath is absent is termed the node of Ranvier. Also, the segment of nerve fibre between the two nodes is termed the internode.

This myelin sheath is primarily responsible for the white colour of the nerve fibres. 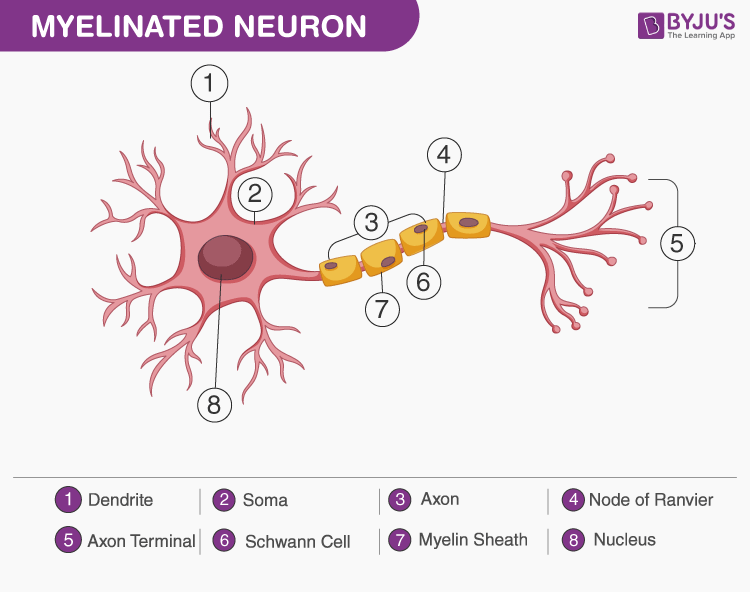 A neuron is made up of three regions, namely the nerve cell body (soma), axon and dendrite. The axon and dendrite are the filamentous structures of the neuron. The former is a long process and the latter is a short process. The axon carries impulses from the soma to the axon terminal, which further passes the impulse to another neuron.

The long process of a neuron is called the axon or nerve fibre. The nerve fibres can be classified as follows:

What is a Myelin Sheath?

Depending on the presence and absence of myelin sheath, the nerve fibres can be classified as myelinated and unmyelinated neurons.

Myelin sheath is a lipoprotein sheath made of concentric layers of proteins and alternating lipids. The lipid constituents include lecithin, cholesterol and cerebroside. The formation of this myelin sheath around the axon of a neuron is termed as ‘myelinogenesis’.

This process starts during the fourth month of pregnancy in the peripheral nerves. It is completed only two years after birth. 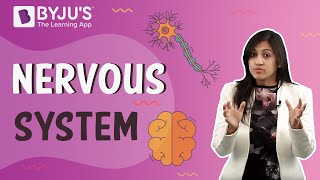