Environment is everything that is around us. It can be living or non-living things and includes physical, chemical and other natural forces. Balance in nature is maintained by the interaction between biotic components with that of abiotic components. Environment is divided into two broad parts, Natural environment and Human environment. CBSE Class 7 Geography Chapter 1 – Environment talks about the natural and human environment and ecosystem. All these concepts are covered in CBSE Class 7 Geography notes of Chapter 1, so that students can revise the entire chapter quickly just before the exam.

Environment means the place, people, things and nature that surround any living organism. It is a combination of natural and human-made phenomena. While the natural environment refers to both biotic and abiotic conditions existing on the earth, human-environment reveals the activities, creations and interactions among human beings.

For More Information On Environment 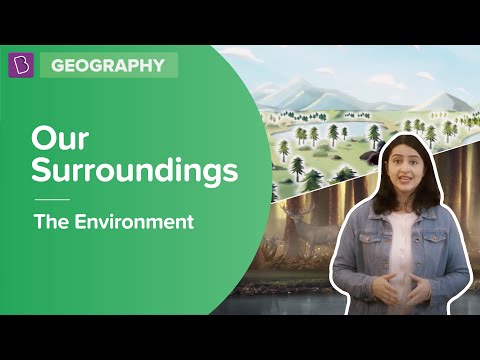 Natural Environment comprises land, water, air, plants and animals. Lithosphere is the solid crust or the hard top layer of the earth. It is made up of rocks and minerals and covered by a thin layer of soil. It is an irregular surface with various landforms such as mountains, plateaus, plains, valleys, etc. Lithosphere is the domain that provides forests, grasslands for grazing, land for agriculture and human settlements. It is also a source of mineral wealth.

The domain of water is referred to as hydrosphere. It comprises various sources of water and different types of water bodies like rivers, lakes, seas, oceans, etc. It is essential for all living organisms.

Plant and animal kingdom together make biosphere or the living world. It is a narrow zone of the earth where land, water and air interact with each other to support life.

For More Information On Natural Environment 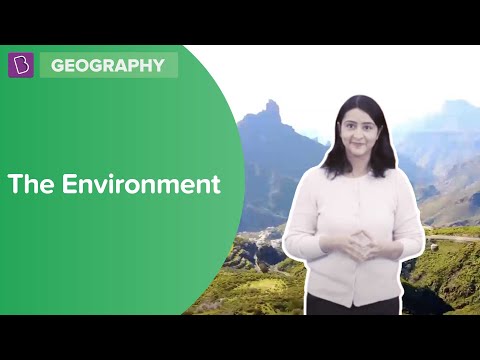 An ecosystem is a large community of living organisms such as plants, animals and microbes in a particular area. The living and physical components are linked together through nutrient cycles and energy flows. There could be an ecosystem of large rain forest, grassland, desert, mountains, lake, river, ocean and even a small pond.

For More Information On 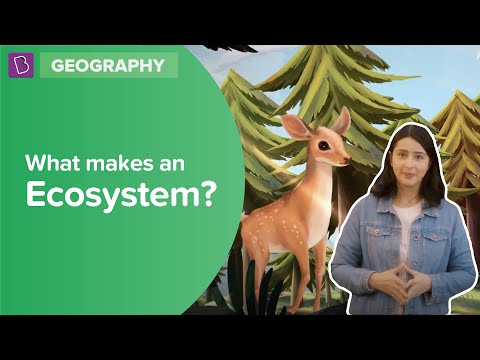 Human beings interact with the environment and modify it according to their needs. Earlier, humans adapted themselves according to their natural surroundings and fulfilled their requirements from the nature around them. As time went by, needs became more varied. Humans learned to grow crops, domesticated animals and led a settled life. The wheel was invented, surplus food was produced, barter system emerged, trade started and commerce developed. Industrial revolution enabled large scale production. Transportation became faster. Information revolution made communication easier and speedy across the world.

What are the different types of landforms present in our environment?

Mountains, hills, plateaus and plains are the four major types of landforms which are majorly present in our environment..