What is Dispersed Phase?

A liquid that is suspended in the form of fine droplets in a continuous phase. 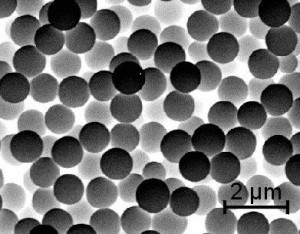 Size of the Molecules of the Dispersed Phase

In this section, we will choose another basis of classification of the colloids, that is, the type of particles of the dispersed phase. 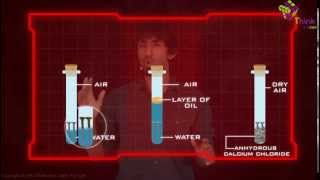 On the basis of the types of particles in the dispersed phase, colloids can be classified into the following types:

When the dissolution of smaller molecules of a substance or many atoms takes place, they combine to form a species whose size is in the range of colloidal size. The species formed is known as the multimolecular colloid.

For example, Sulphur solution contains particles that have thousands of S8 molecules.

Examples of some associated colloids are soaps and synthetic detergents.

What is dispersed medium?

Two media that do not combine consist of a distributed medium. More precisely, it comprises one medium’s isolated elements which are scattered in a second continuous medium. Both media can be very distinct in essence. They may be a gas, a liquid or a solid in particular.

What is the dispersing medium in a colloid?

A colloid is a heterogeneous aggregate that has an intermediate particle size between those of a solution and a suspension. Throughout the dispersion medium, which can be a metal, liquid , or gas, the scattered particles are distributed uniformly.

What are dispersed systems?

A dispersion is a mechanism in which, in a continuous phase of another substance, scattered particles of one material are dispersed. Particle dispersions too broad for sedimentation are commonly referred to as suspensions, while those with smaller particles are referred to as colloids and solutions.

What does colloidal mean?

To learn more about the classification of colloids based on the types of particles and other related topics, download BYJU’S – The Learning App.